Home History & Future When and Who Discovered Planet Earth? 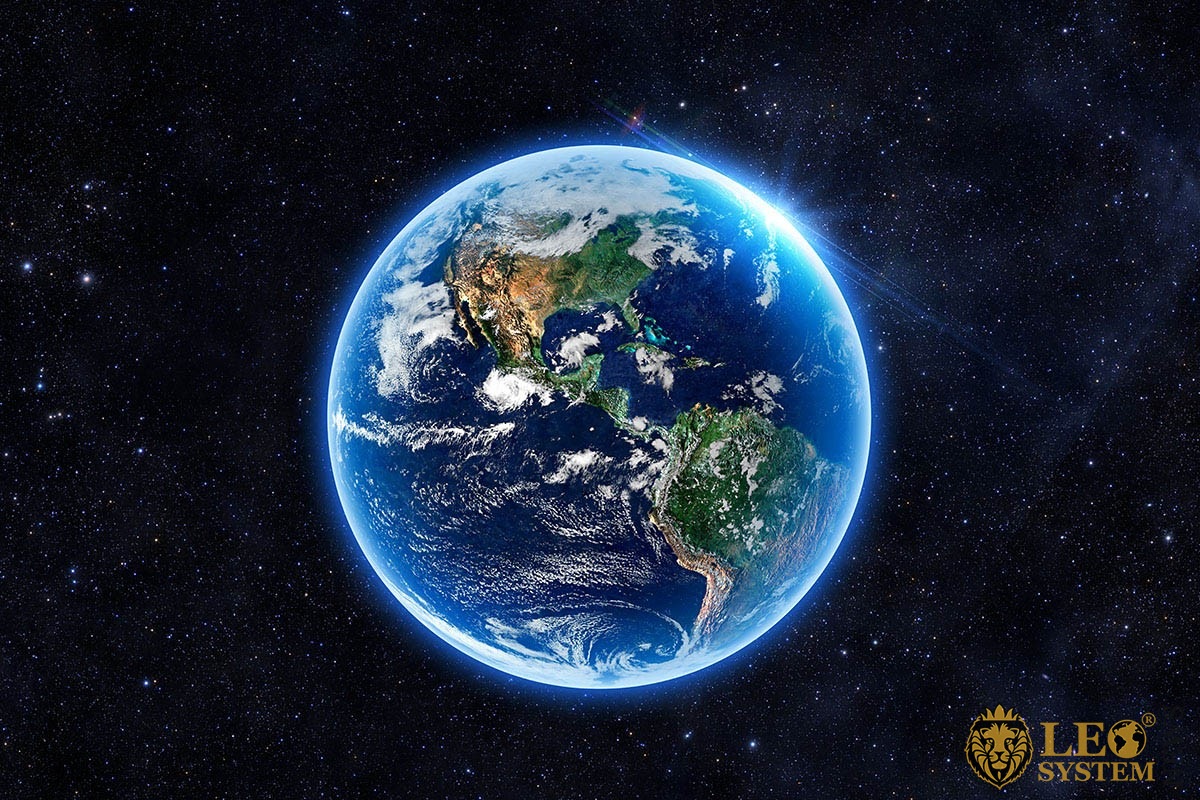 At the most superficial level, the answer to “When and who discovered planet Earth?” has to be the first cavemen who looked down and saw what he was standing on, It seemed a ridiculous question to pose, but then it occurred to us that the cavemen had no idea about the concept of a planet, and suddenly the question made sense. Who was it that realized that earth was a planet? Now that is a much more complex question because the answer tells us who discovered Earth (The Planet).

Actually, the very earliest civilizations called Earth Gaia. This was the Greek name of Earth, and the Romans adopted the name Terra, which actually had the same meaning. The name Earth comes from the Eighth century Anglos Saxon Era.

This word means the same as ground or soil. As the English language developed, it later became Eorthe and then Erthe in Middle English, moving from that to become Earth. Earth is actually the exception in the Solar System; all other planets received the names of Roman Deities. Of course, in non-English-speaking countries they have developed their own name for Earth. (Spain – Tierra)

Modest creatures that we are, it was first thought that everything circled the Earth and the earth was the center of the Universe. The Sun, Moon, and planets all followed a path around Earth. Originally, they believed the Earth was flat and floating on the ocean. Covered by a huge dome which held the Sun, Moon, and planets in place. The Greek scientists/philosophers like Plato founded a new theory that the earth was actually a globe with all of the planets and stars in crystal spheres surrounding the Earth.

Go outside on a clear night, and it is apparent that these planets are circling the earth. You can see the movement if you sit there long enough. So, it was understandable that this Earth-centric view was believed. However, these early astronomers noticed anomalies. They noticed that just occasionally stop reverse direction, stop again, and then continue in the original direction.

Ptolemy, a Greek mathematician and astronomer explained this by putting the idea forward that these planets were contained in small spheres in which they circled as those spheres circled the Earth.

This was the most commonly accepted view right until the 16th century. When Nicolaus Copernicus, from Poland, put forward a revolutionary new idea that the Earth and the other planets revolved around the Sun. This was later supported by Galileo, who had seen that Jupiter had its own moons. He also saw that Venus followed phases, in the same way the moon did. The ideas of Copernicus and Galileo were not widely accepted as it had certain religious significance in denying that the earth was center of the Universe. However, eventually, the establishment accepted this view.

However, this history is one based around one timeline of progressive developments of the theories surrounding Earth. We humans like to see a continuous timeline when looking at such things. The reality is if we wind back to c. 310 – c. 230 BC we will find another Greek astronomer called Aristarchus of Samos who postulated that the sun was the center of the Universe and Earth was just another planet revolving around it.

Mainstream science rejected his ideas and adopted those of Ptolemy and the “Geocentric” view prevailed until Copernicus came along. The fact that Aristarchus of Samos had promoted these views long before the 16th century was largely forgotten.

To answer our original question: When and who discovered planet Earth? We have to answer that it was, in fact, Aristarchus of Samos who stated that the earth was just a planet revolving around the Sun, and not the center of the Universe, in 310 – c. 230 BC. Therefore, we credit Aristarchus of Samos with discovering Earth (as a Planet). 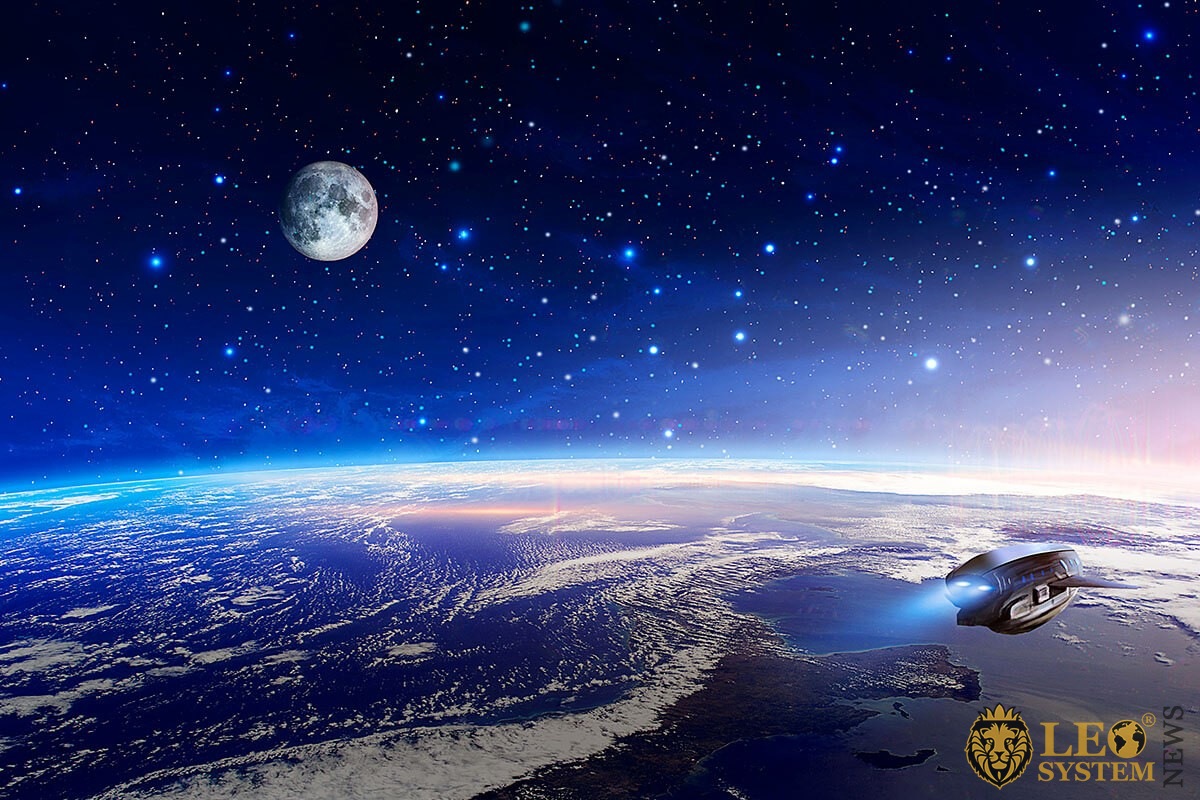 For 4.5 Billion Years Earth Had No Name.

Since we are crediting Aristarchus of Samos as the man who discovered Earth, we thought that we should give a bit more information about him.

Aristarchus of Samos was an ancient Greek, an astronomer who discovered that the sun was the “central fire” in the solar system, and he expanded that to state that the stars must be other suns (just further away). He shared this view with Anaxagoras (another Greek) who had been born 200 years earlier.

He also managed to identify and place the other planets in the solar system in the right order in terms of distance from the sun. Much of his work was based on geometry, and these calculations were used to establish distances. Unfortunately, there was some confusion of a certain term to distance, and this leads him to miscalculate the distances to the Moon and Sun.

Copernicus many years later attributed his work as being based on the work of Aristarchus of Samos.

The Shape of The Earth.

It took until the 17th century to make the discovery that the Earth is not truly a sphere. It has the top and bottom slightly flattened, thus making it an ellipsoid.

From what at first seemed a ridiculous question “When and who discovered planet Earth?” we have ended up studying a huge timeline of people trying to discover the truth about Earth, and postulating various theories ranging from the flat Earth theories to the Earth being an ellipsoid. The truth that Earth was a planet like all the other planets was discovered by Aristarchus of Samos (c. 310 – c. 230 BC), but religious and establishment factions stopped this discovery being accepted until much later, when in a different age Copernicus restated the idea, and it was eventually accepted.