Home Psychology What Is Flirting and What Are Its Types? 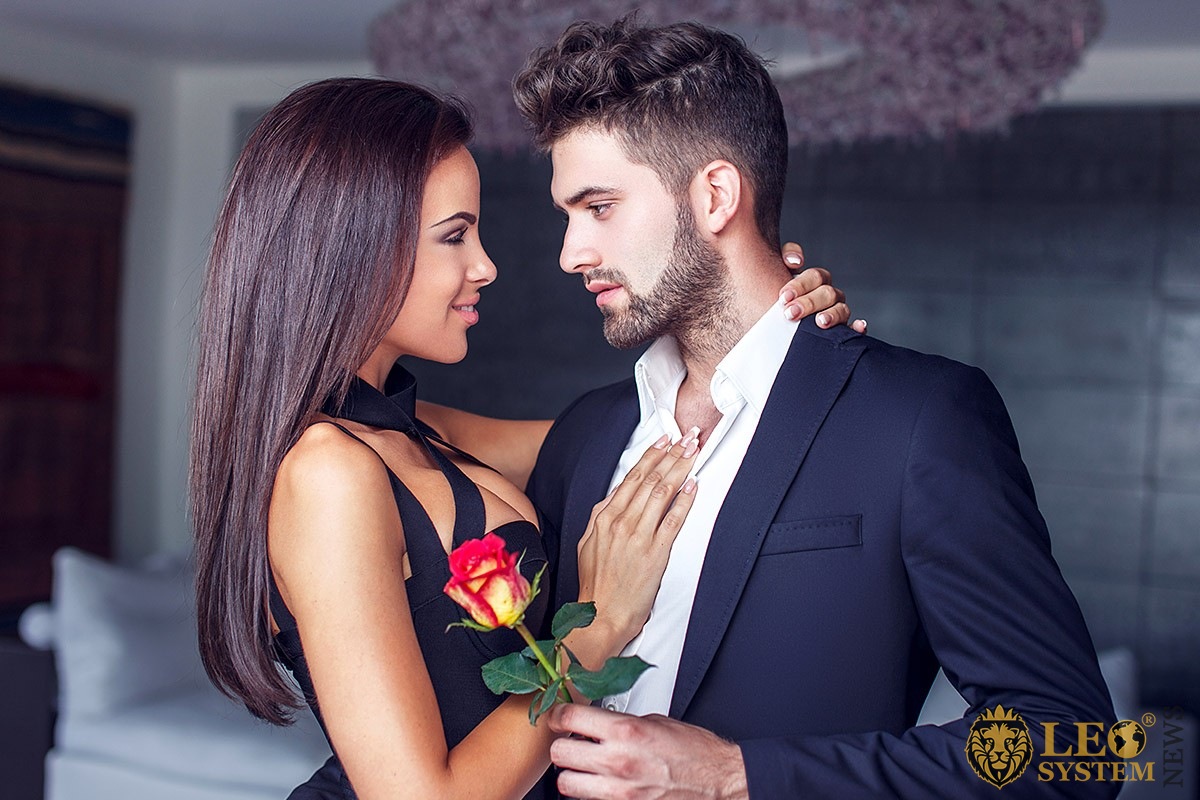 Flirting is a word used to describe when someone purposefully acts in a certain way in order to show another person that they are attracted to them. The majority of people know what flirting, but despite this, it is still hard for the larger part of those people to be able to know when someone is trying to flirt with them.

Nevertheless, there is no reason for you, the reader to worry as we are going to list in detail all the different types of flirting that you need to be aware of in our what is flirting and what are its types article.

One of the biggest signs that someone is flirting with you is that they are being a lot more physical than with other people or before when they first met you. After all, breaking the physical barrier and being comfortable with each other is one of the first steps in a relationship, it is also a very quick and effective way to get the attention of someone.

Of course, there are levels of touch feeling flirting, and you need to be aware of the signs, not everyone will be confident enough or just not want to straight up start to hug you and touch you. For some people, a way of touchy-feely flirting will be to alter their behavior in a way where there are sitting a lot closer to you.

Some examples of how someone can be touchy-feely but reserved at the same time is that they point their whole body towards you, for this method, it is good to watch out for the feet because if they are pointing towards, then that is it a very good sign and according to psychologists is a way to tell if someone is interested, comfortable and wants to get to know you.

On the other hand, some pointers that someone is being more physical with you if they are patting you on the back of the shoulder, trying to touch your hand and the biggest illustration of someone trying to physically flirt with you is that they are play fighting which is something that both men and females do but the bulk of the time it is the women doing it. 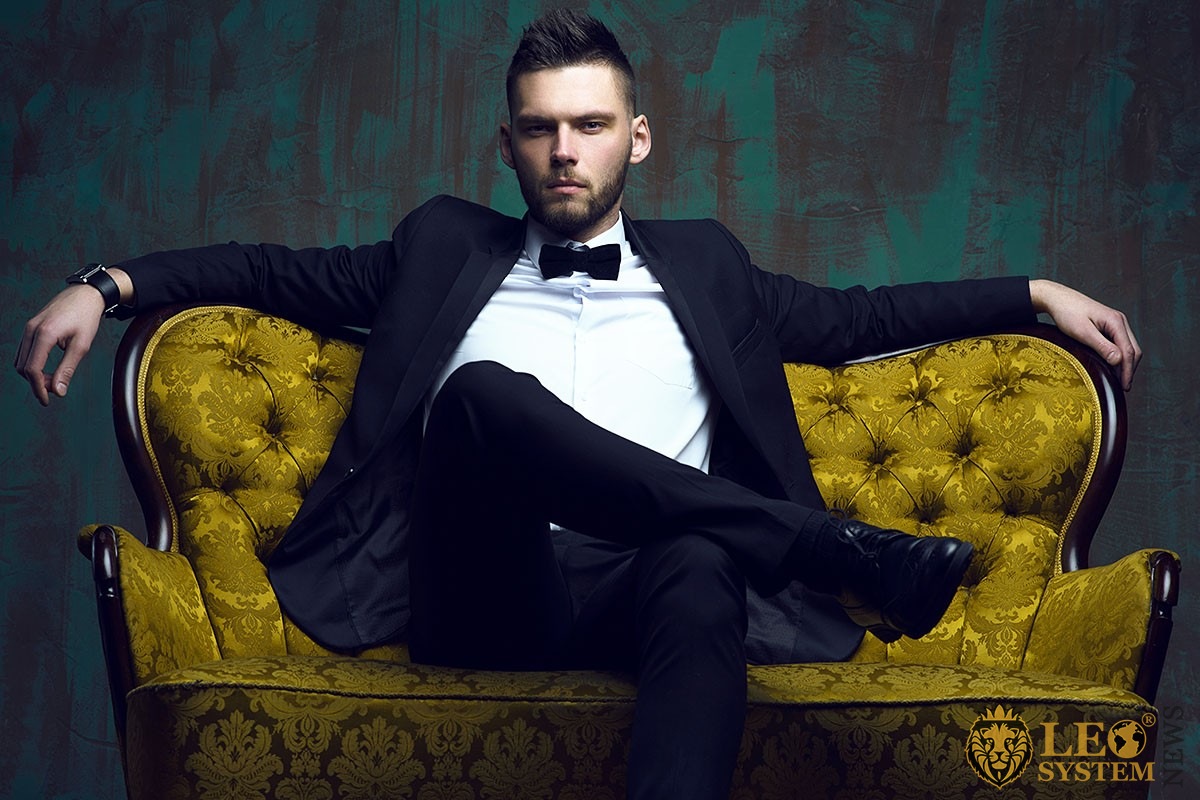 Even in the 21st century, there are a lot of people that just want to keep things more traditional, this means that the men may want to be the ones to approach the woman and initiate the conversation. This is also the case in a lot of females too, who are looking for a confident and self-assured guy who can handle himself and knows what he wants.

Therefore, you should have no fear to approach the person that you have taken an interest in as the sooner you do it, the sooner you will know if they share the same feelings towards you.

This type of flirting is pretty straightforward and will be pretty obvious that you are trying to flirt which is great as the other party will know your intentions from the outset and are because of this more likely to show their true feelings towards you rather than trying to figure out if you are actually flirting with them or just being friendly.

The skill of traditional flirting by simply walking up to someone in a bar or other type of public setting is much rarer now mostly due to the advent of online dating websites and apps where people just message each other without having to initially interact with each other online.

Even though this is true it is still good to practice this skill as you never know you will see someone that you really like, and it will be sad to pass up the opportunity. In fact, it is very simple as you have to do is to walk up to the person and strike a conversation with them, with the biggest obstacle being the nerves of the person in question. 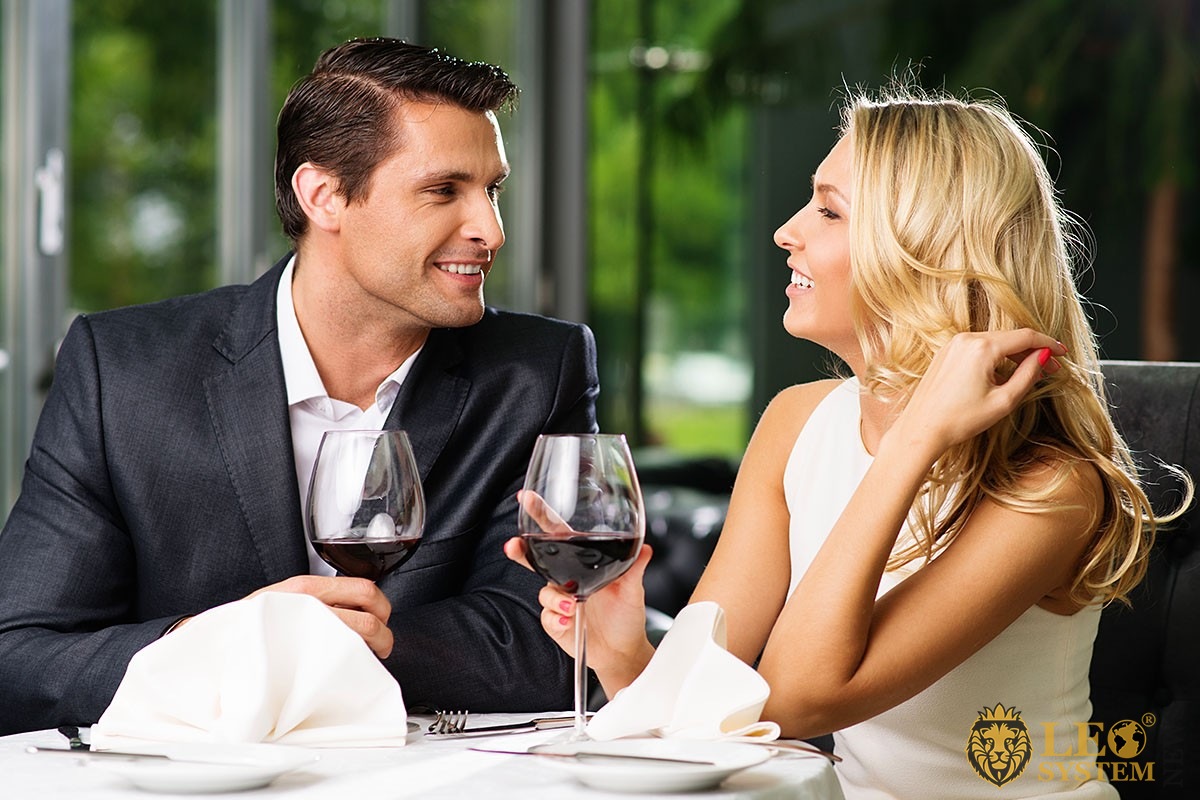 It is important to note that there is and there always will be shy people out there, and you need to be aware of that and consider it when first meeting and getting to know someone.

Because it can be very easy to just read an article about flirting and use it as a checklist that helps you decide if someone really likes you, but in a lot of cases this may not be an accurate representation.

If someone is shy, you should not push it on to them, as they may not be sure that you actually are flirting with them yourself, and they do not want to embarrass themselves by being rejected. Assuming that this is the case, what you should do is make it obvious that you like the person, which can be done by complimenting them or being more touchy-feely, but the easiest way is to simply say it to their face and ask them out.

This will save you a lot of time, effort and will give the other person extra confidence since you are being clear from the outset about your feeling, which is very important as a lot of people who are self-conscious tend to overthink events, and they may think that you do not like them as much if you took very long to come out about your feelings towards them.

On average people in the United States and the other developed countries spend over 2 hours per day on social media, which is a place where they can update their friends, family, and followers about everything that is going on in their life and also how they are feeling.

This type of flirting is one of the hardest ones on this list to pin down if someone likes you, but it is important to keep a note of as it is becoming increasingly common due to how much time people spend on their screens.

What you can do in the situation where you think that someone is trying to flirt with you online is that if you have some interest in the person yourself you can private message them in order to start a conversation and if you do not like someone it is best to just ignore them or if you are going to reject them to do it again in private message in order not to humiliate them in front of the potentially hundreds or thousands of followers that everyday people now have on social media. 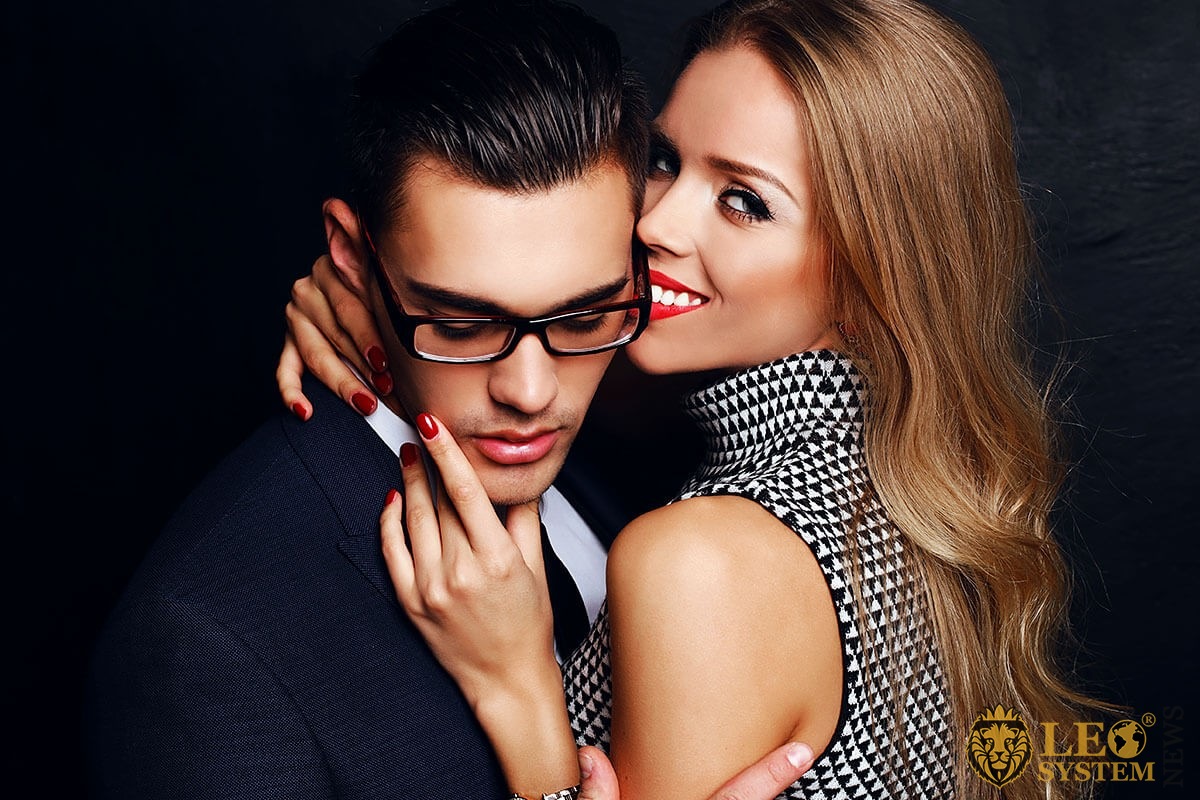 One of the biggest giveaways that someone likes you and is trying to flirt with you is that obviously seem very happy to see you, this happiness can be shown in a variety of ways such as smiling, laughing and looking more lively and energetic.

What you should do in such a situation is to analyze first how that person is acting and be confident that they seem happier when you are around compared to when they are with other people.

Another recommended step is to increase your own flirting in order to show them that you like them yourself and then wait and see how they react, if their mood changes by them no longer being as happy and lively then there is a chance that the feelings are not shared, or they may be simply feeling nervous and not knowing how to react.

As with all types of flirting it is always highly recommend that after you have tried to take a look at the signs in order to decide if someone likes you, then you should just be open and transparent with them rather than playing games as otherwise, you will get in a situation where both of you will not do anything to initiate a more serious relationship which can eventually cause the whole thing to fizzle out.

Watch out for Compliments. 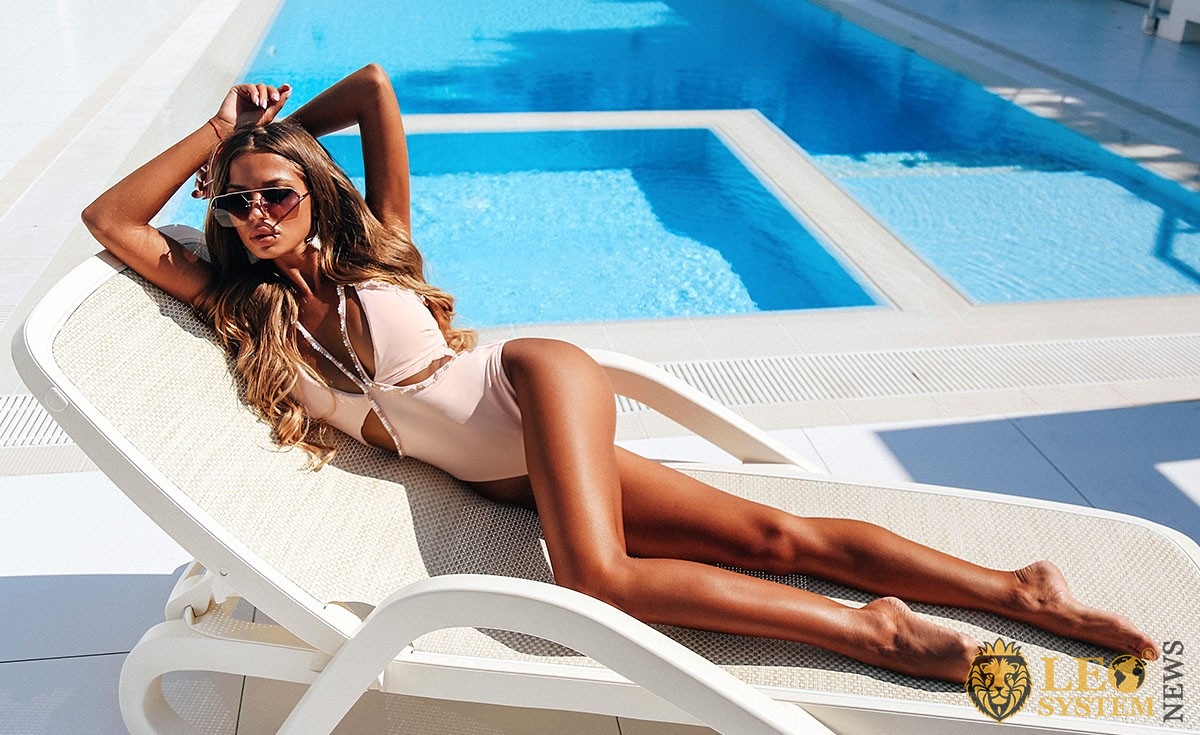 Compliments can be handed out by everyone including your family, friends, coworkers and even strangers on the street; it is a natural form of expression used to show that you appreciate something about someone. Additionally, though, compliments are a form of flirting in order to show someone that you like them.

You should look out for a couple of characteristics when trying to see if someone is trying to flirt by dishing out compliments, the first is the number of compliments that they are giving out if they are always complimenting you then that is a big pointer that they are trying to grab your attention.

The other big giveaway is the type of compliments that they are giving to you, if the compliments are about your appearance, then it is again very likely that they are flirting with you, as you will not get compliments like these from your friends and family in such high quantities.

We recommend reading an interesting article: Why Do We Fall in Love with Certain People?