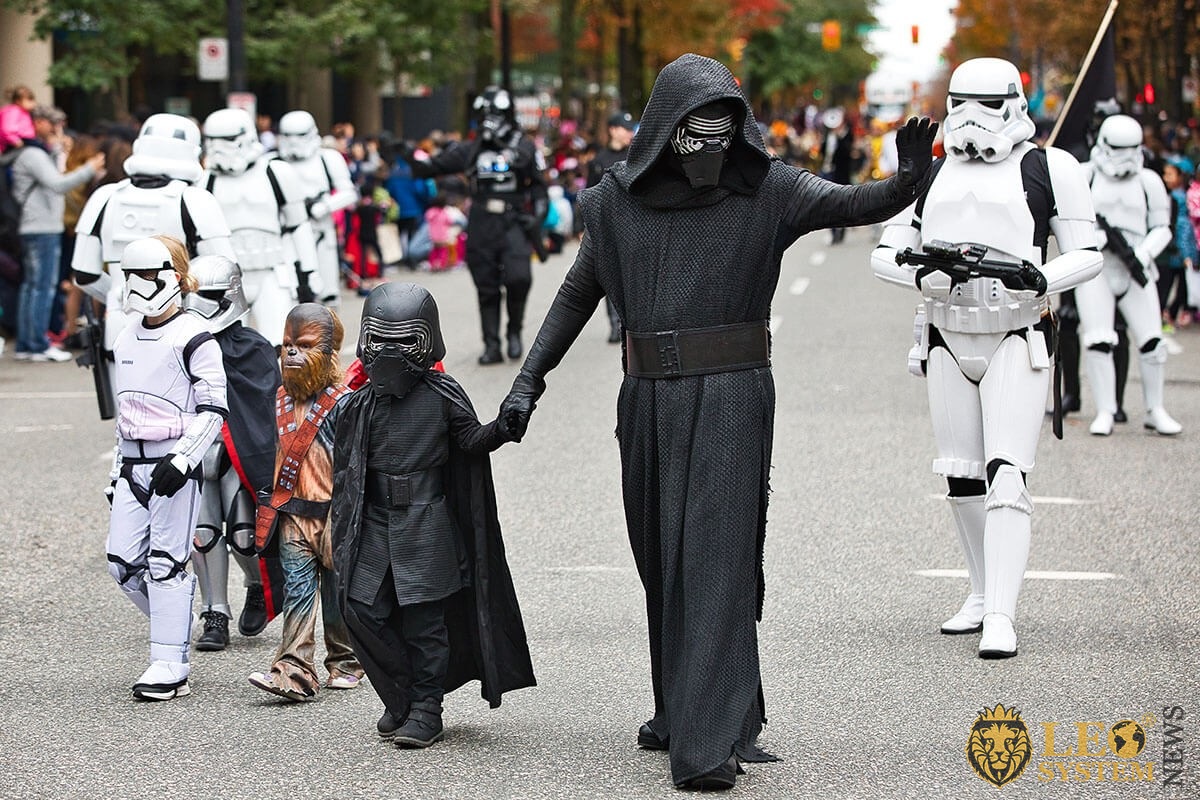 The Vancouver Halloween Parade allowed hundreds of thousands of people to enjoy over two thousand performers out on the street to celebrate the spooky event that is Halloween. What is great about this event is that anyone can apply and get accepted to feature in the parade as long as their costume is appropriate, giving this Halloween event a very strong community feels.

Favorite readers, in this article we are going to be taking a close look at this Halloween parade to give you all the information you need about the interesting activities and captivating parade that takes place during this event. 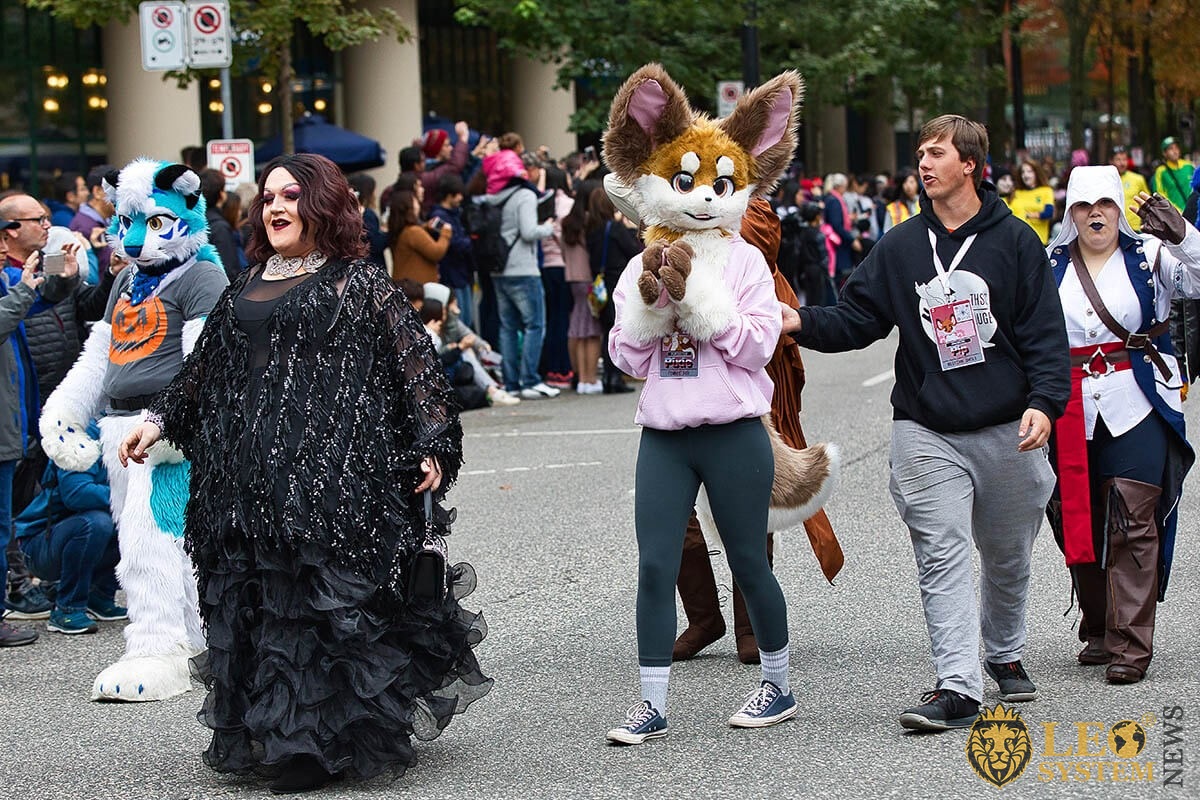 Musical Groups in The Parade.

Eleven Twelves were one of the live music acts that attended this event, they are a local Canadian musical act that have a late 60’s garage rock feel. Apart from doing their own original songs, the band is known for also covering popular hits from the 60’s up to the more contemporary pieces of rock music.

The Vancouver Cosplay Cafe are another well-known collective from Vancouver that attended this parade, the Japanese anime themed act provided the traditional cafe experience with strong elements of cosplay from the employees. 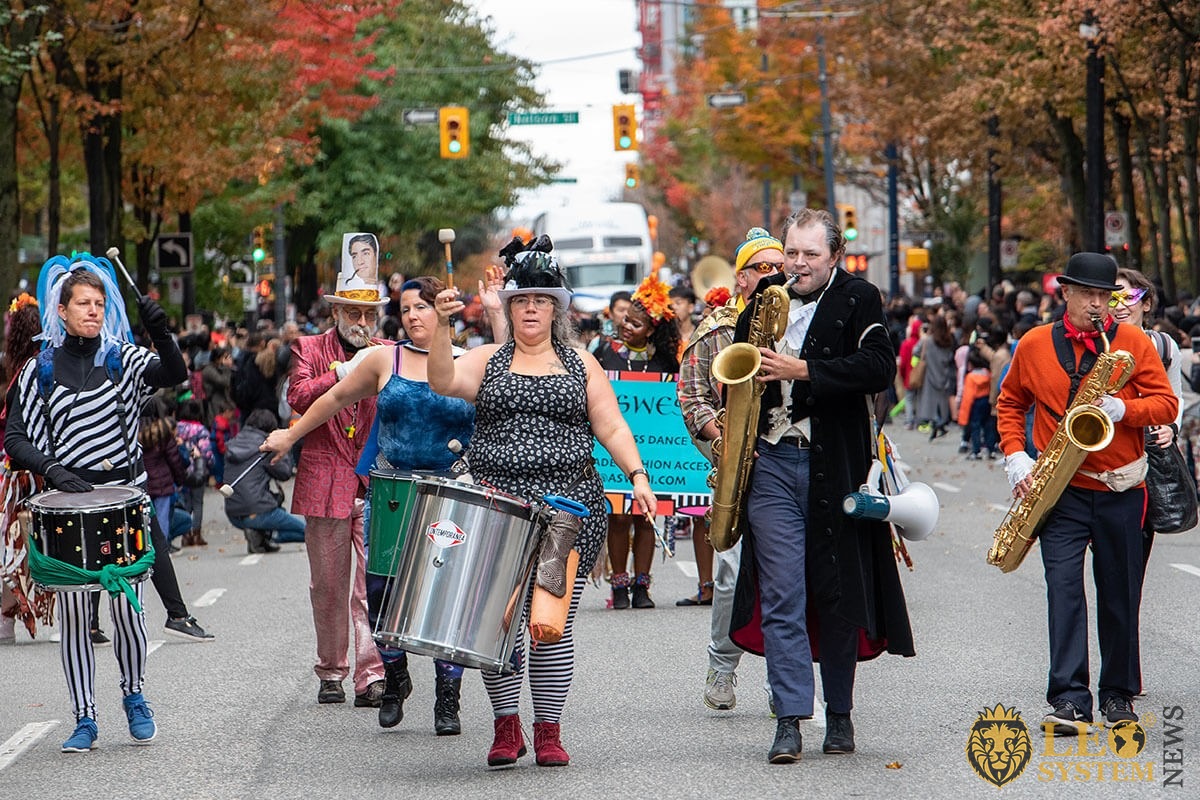 Also, at this event were: 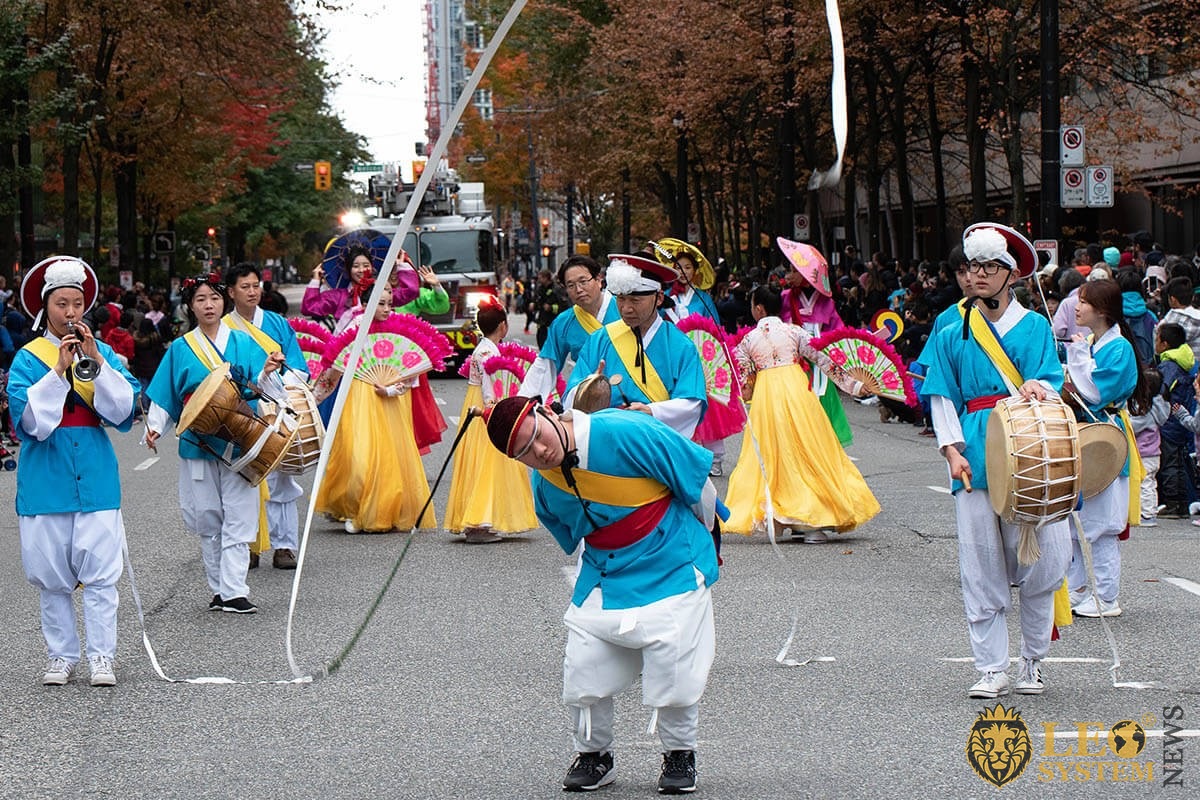 Information About The Parade.

The parade took place in downtown Vancouver, starting from Howe Street before passing into Smithe Street and finally ending in Granville Street. Participants were able to travel very easily to the event thanks to a nearby SkyTrain City Center Station on Howe Street with multiple escalators for the elderly, disabled and parents with prams. 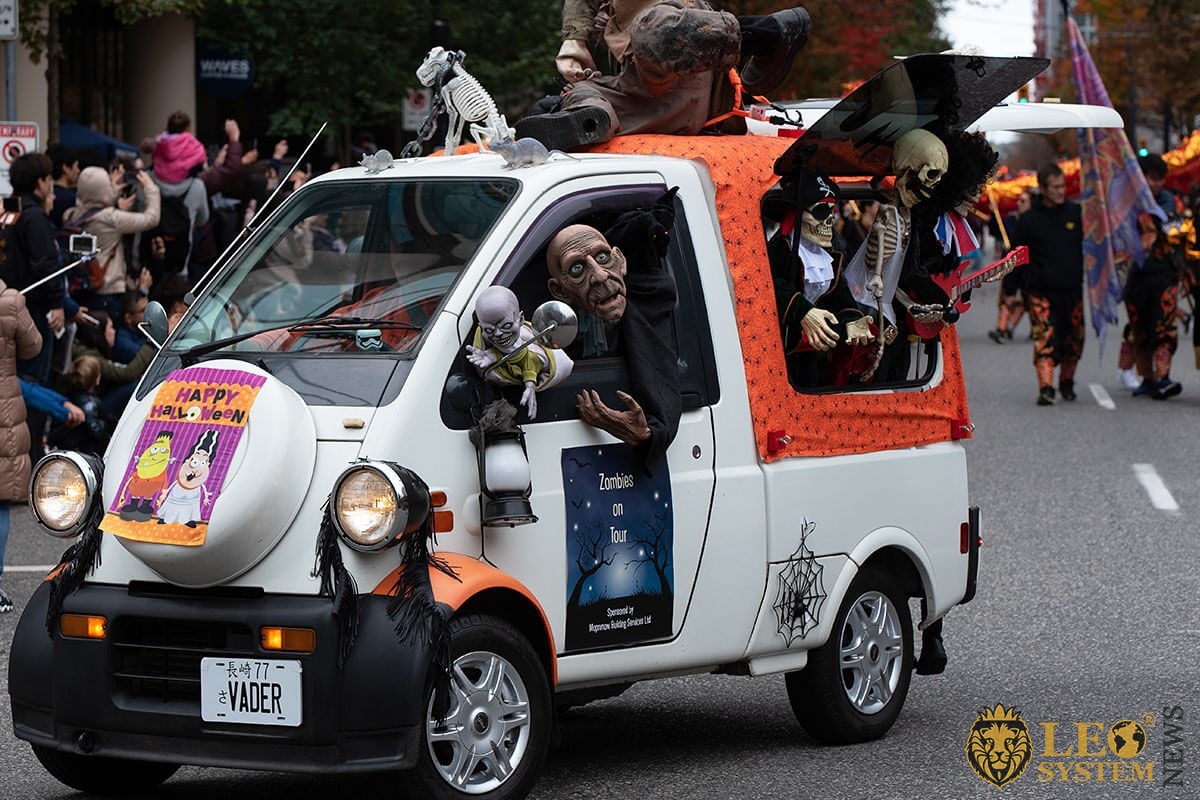 It is estimated that over 2000 performers took part in the parade with the costumes ranging from scary to anime to popular film and video game franchises such as Star Wars, Captain America and the Ghostbusters. There was also a lot of performers dressed in traditional East Asian attire due to the city’s large Asian minority. 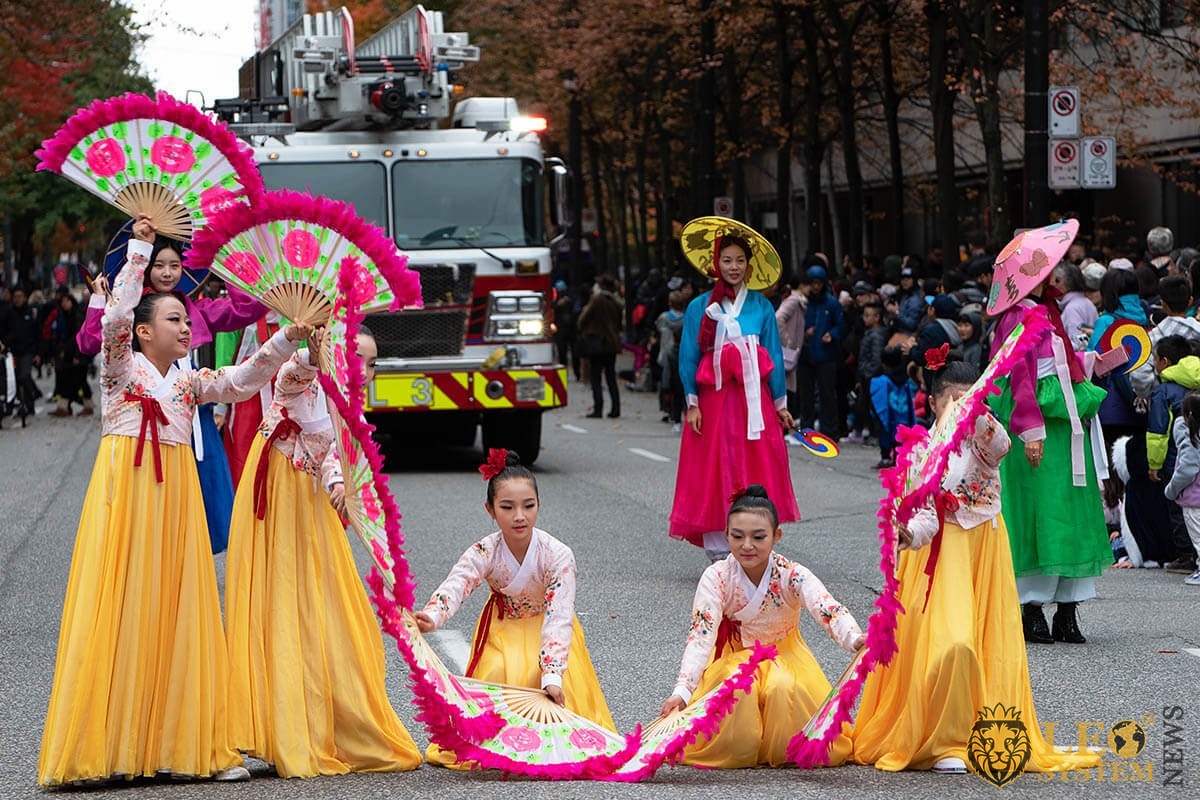 After the parade was finished, the spectators, as well as the participants, had the choice of attending free of charge the events spread around the main streets that the parade was held in. For example, the nearby art galleries and theaters were used to hosted the bonus events. Although all of the events were free to visit as long as the venue capacity limits allowed, food, drink and merchandise were charged for. 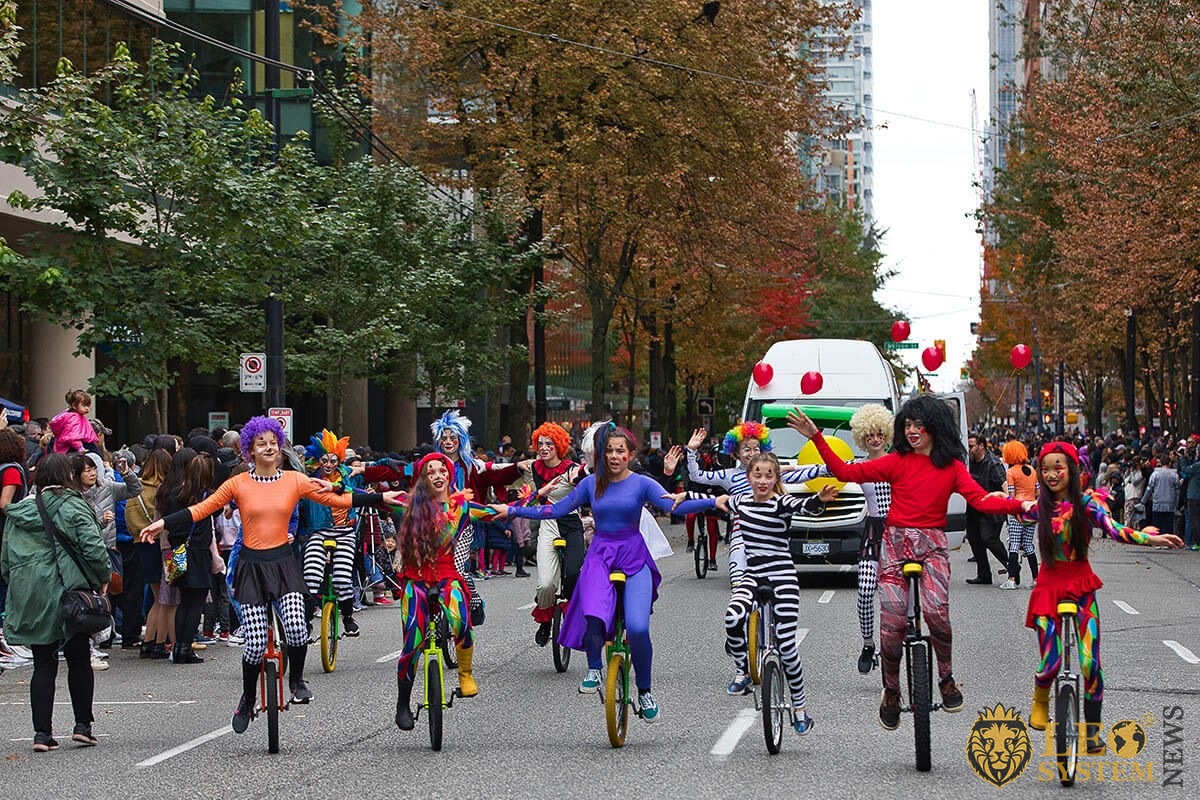 History of The Foundation of The Parade.

The Vancouver Halloween Parade was first held in 2014 and attracted an estimated 100,000 spectators in its first year, the first venue used was the Pacific National Exhibition which is a 17 day fair during the autumn months.

An arts charity called the Vancouver International Halloween Festival society is responsible for managing and staging the parade every single year, this organization is a subsidiary of the International Health Council which is another non-profit. It is estimated that over one thousand people work for free every year to put up this event, after all the costs are paid any extra proceeds go to local charities and community support programs in Vancouver. 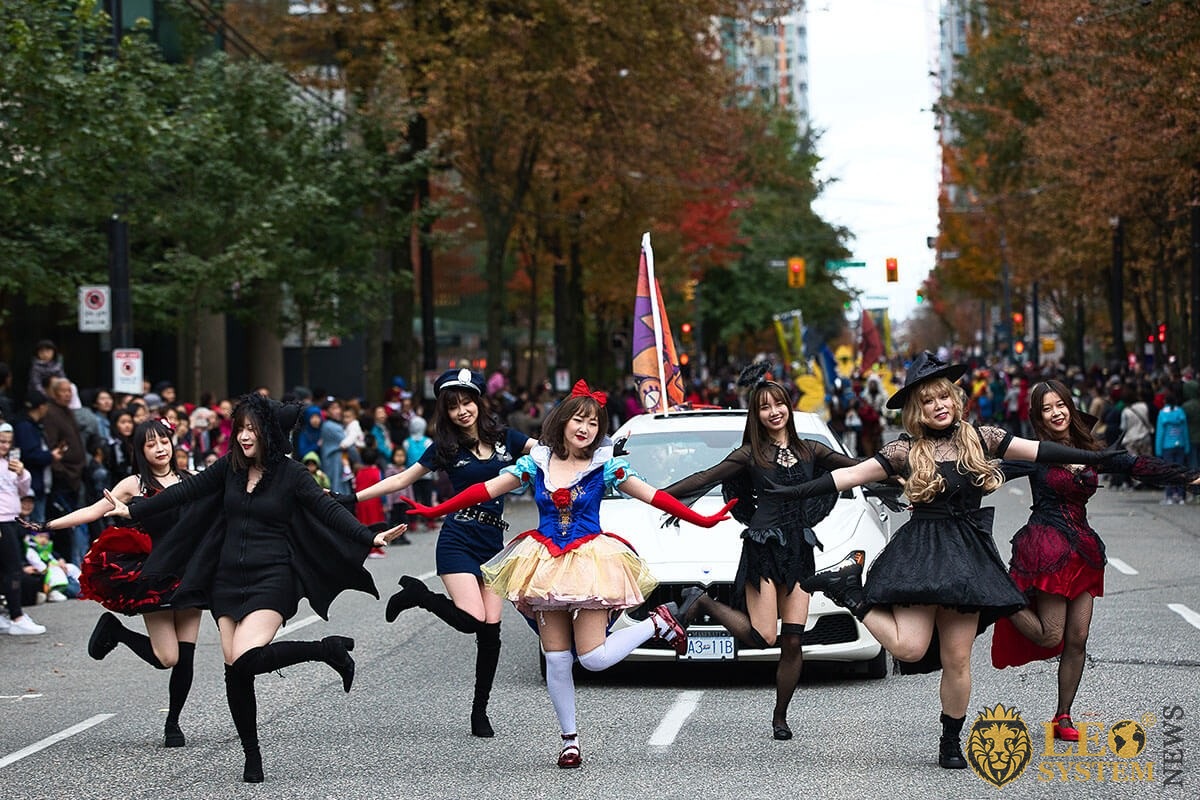 The stated goal of this Vancouver event is to raise awareness of the arts by getting them involved in the festival itself or allowing them to witness the event first hand. Furthermore, they pride themselves on support local talent including musicians, dancers, actors and comedians.

Although the Vancouver Halloween Parade supports and believes in the artist’s vision, they do not allow any costumes that are too gory or scary as there is a large number of children attending this event, so it needs to be suitable for them.