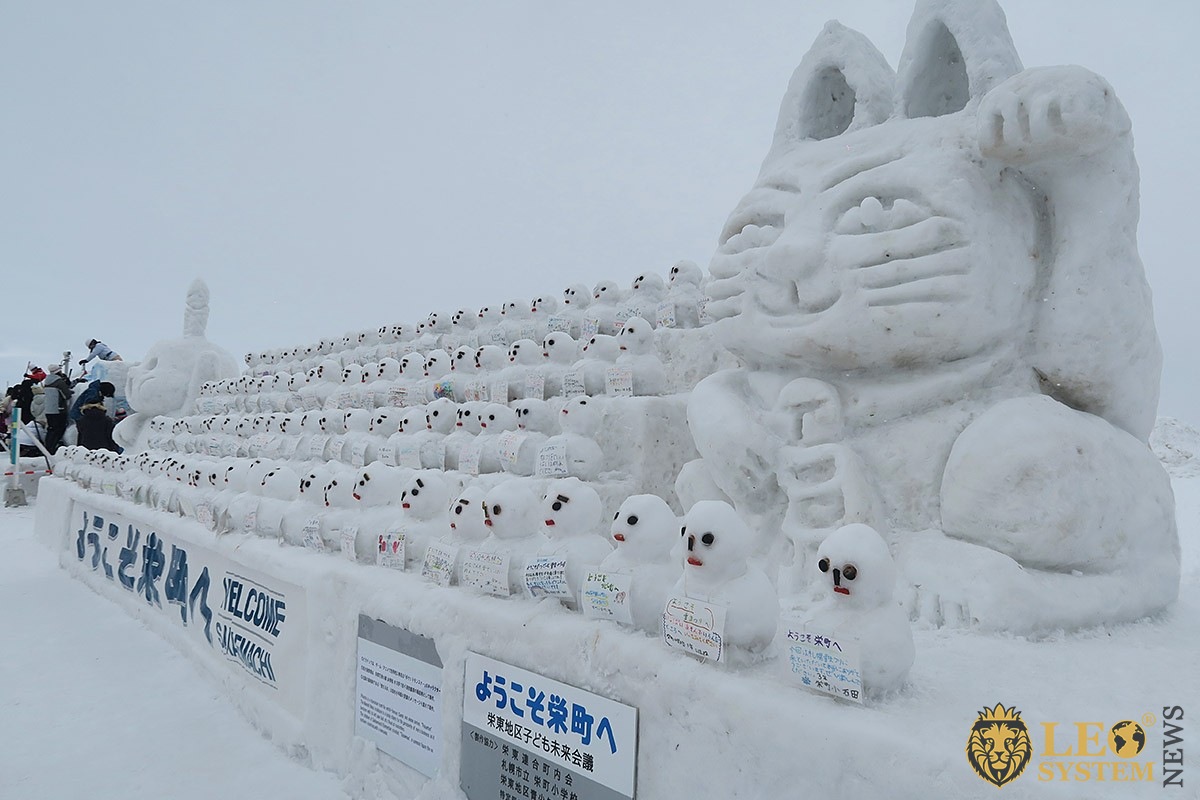 The Sapporo Snow Festival is a festival that took place in the month of February in Japan. It is one of the most celebrated late winter events in Japan, celebrated by many of the 2 million inhabitants of the city of Sapporo, as well as thousands of tourists from Japan and other parts of the world.

The majority of those visitors that were there to see the hundreds of snow and ice sculptures that come in all kinds of different sizes to the biggest ones being tens of meters high.

Who Built the Sculptures and How?

There is a wide variety of groups that participate in the creation of the sculptures featured at the 2020 festival. The first big group that is involved in the design and creation is the Japan Self-Defense Force, which is a branch of the military tasked with defending Japanese territories; the Japanese military has a long history of being involved in this February event since the year 1955 when soldiers from a nearby base decided to get involved. 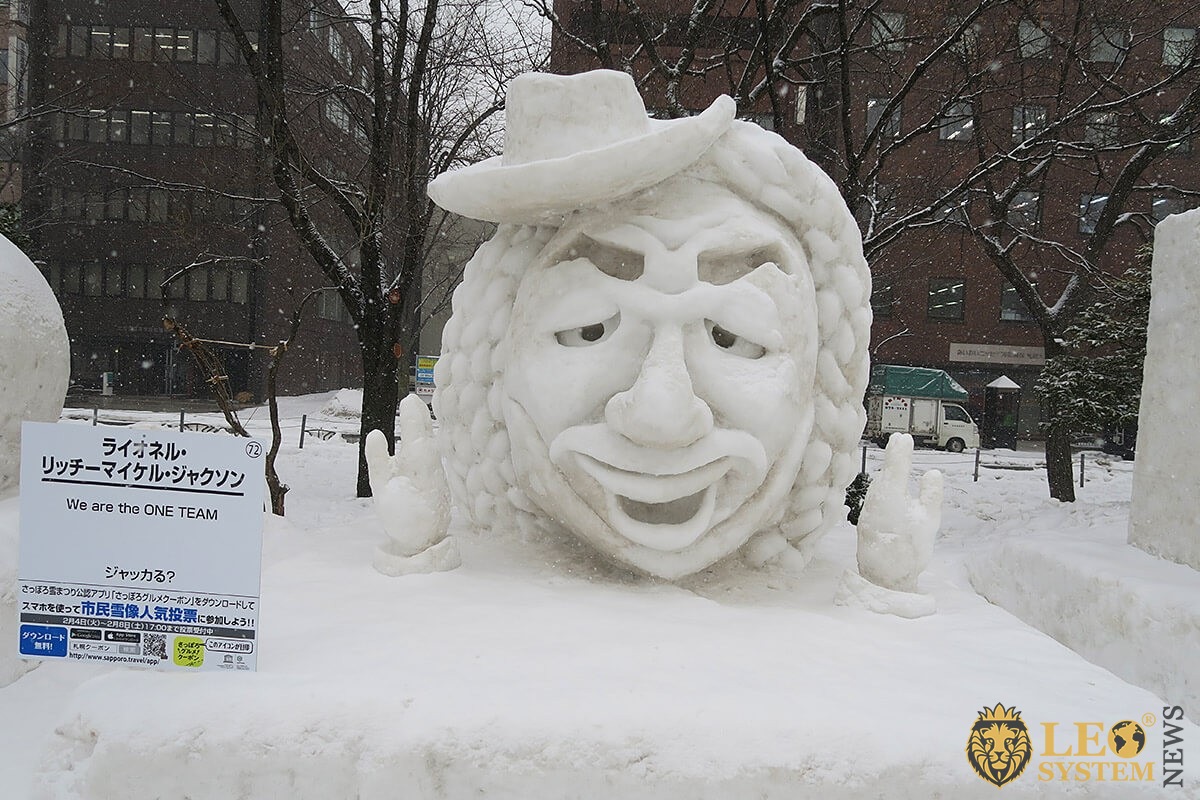 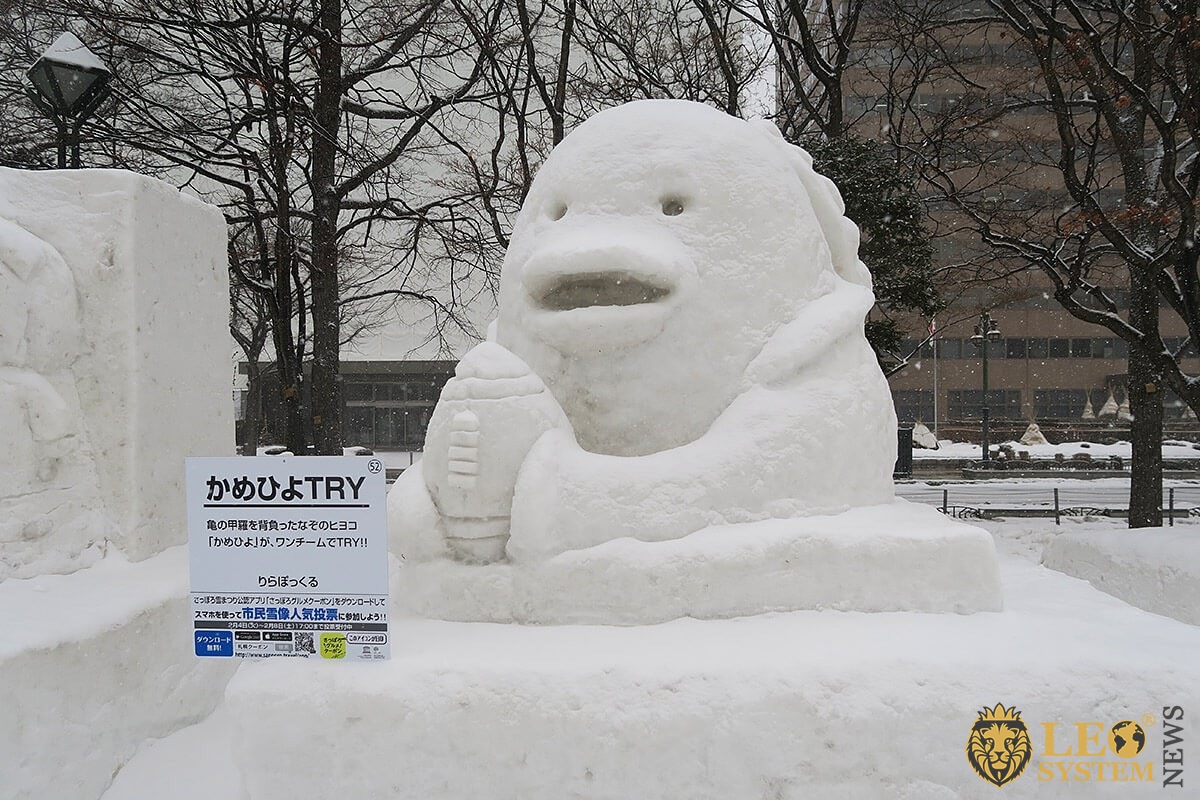 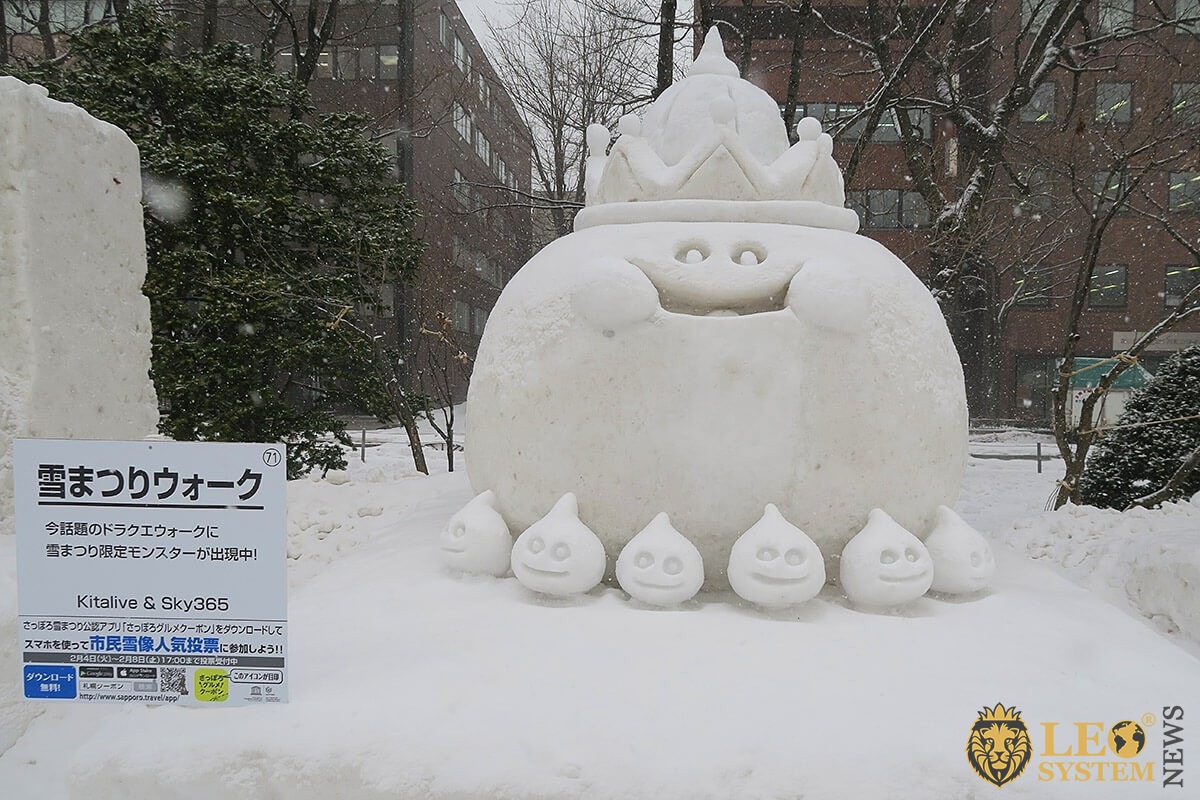 Additionally, there were different teams that visit from all over the world and compete against each other for fun to try and make the best ice and snow sculptures every year. Furthermore, some of the structures built from the ice and snow were interactive, such as the snow slides which be used by people to go down in with snow sleighs.

What is impressive about this Sapporo Snow Festival is that the snow used is taken from all around the city of Sapporo as well as nearby skiing slopes from resorts such as Niseko.

It takes a lot of serious organizations to be able to import the estimated 30 thousand tons of snow and ice that were used every year to build hundreds of sculptures. 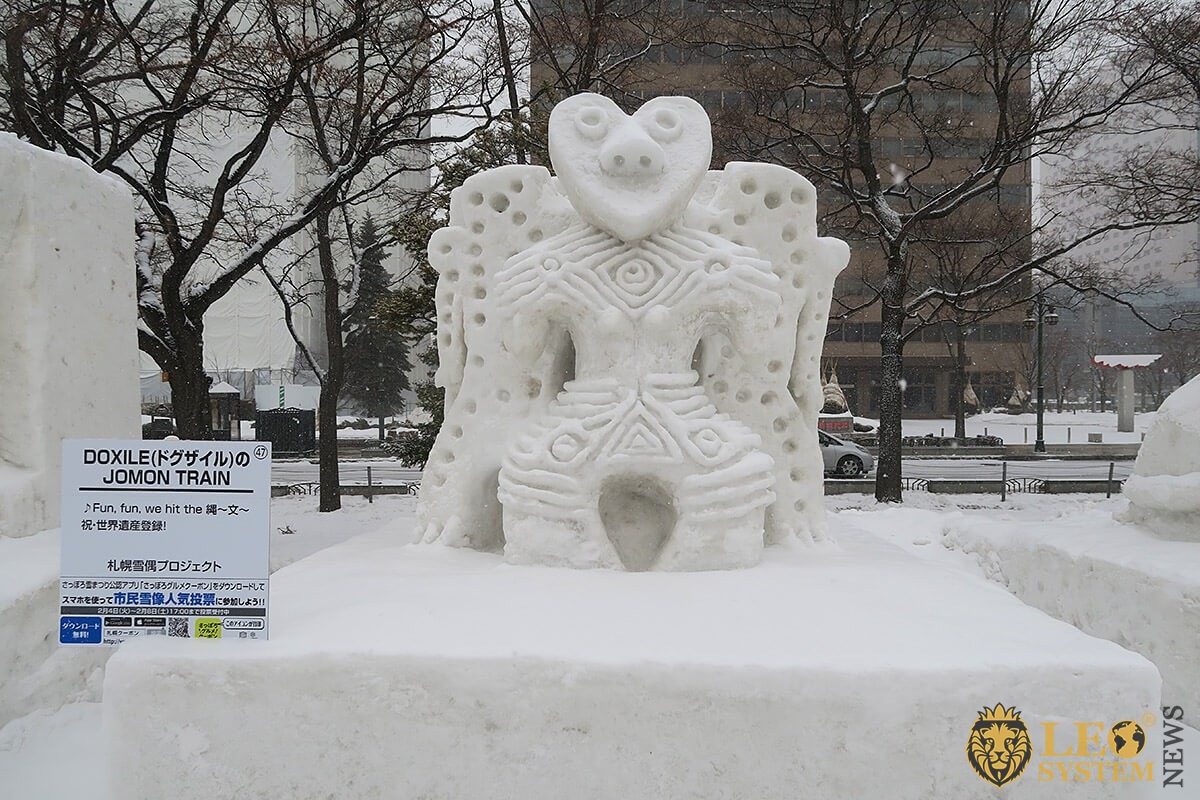 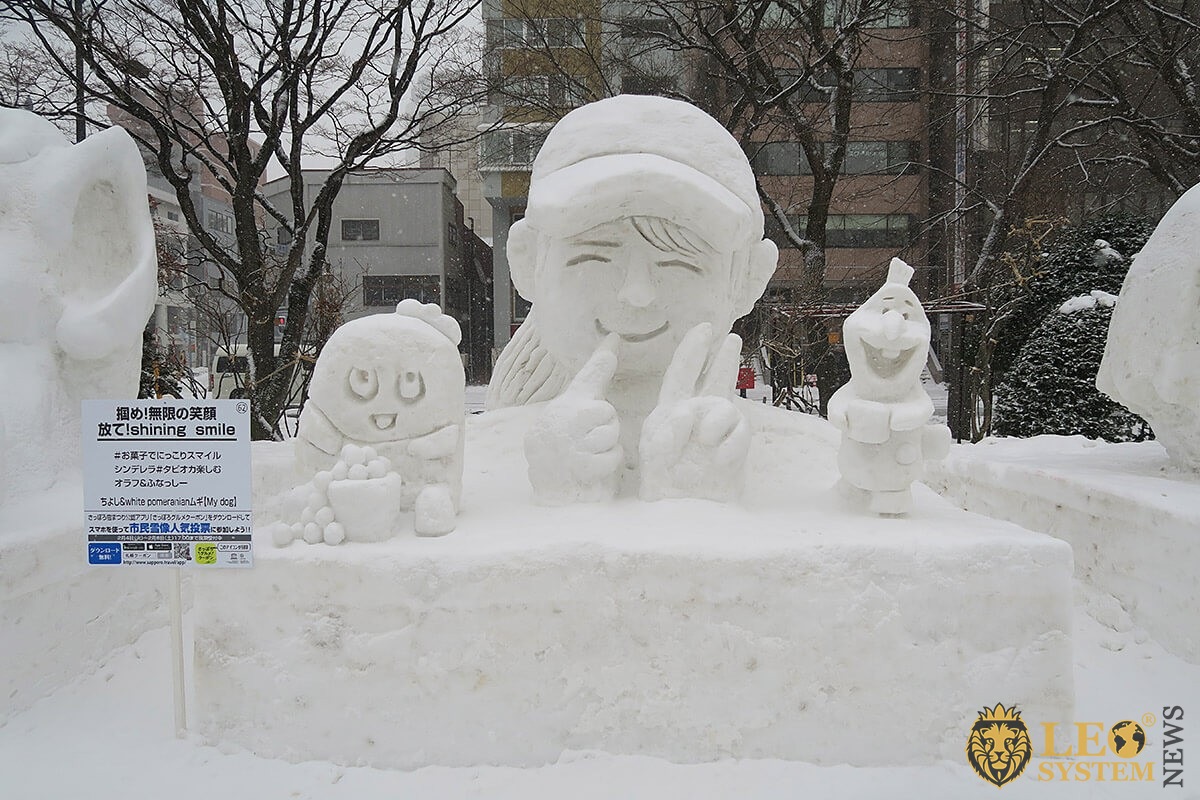 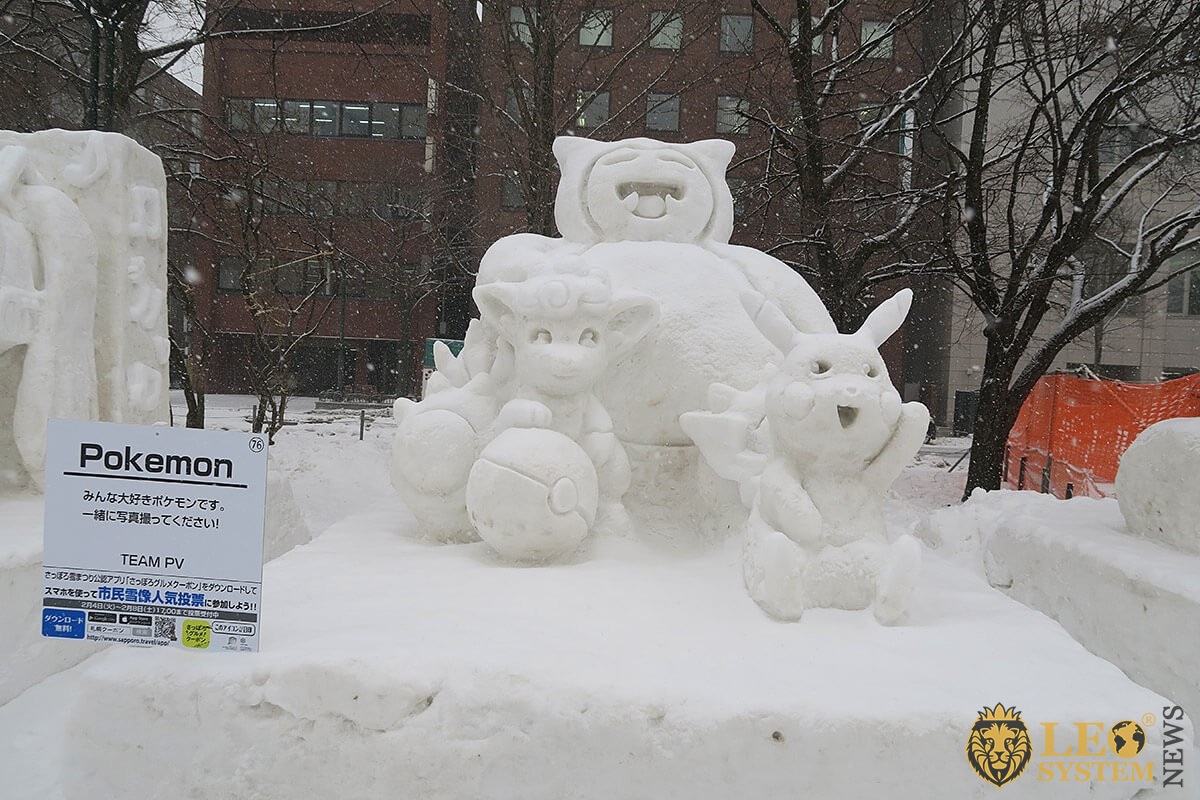 The type of sculptures that were built was based on a diverse array of things from traditional and modern iconic Japanese buildings, animals such as turtles and other sea creatures, famous Japanese figures and also the many different anime characters that are portrayed in comic books and films in the country of Japan.

Where in the City of Sapporo Was This Festival Hosted?

The sculptures created for the Sapporo Show Festival were not located in just one location, they were actually located in multiple locations all around the city of Sapporo with the majority of the sculptures and also the biggest sculptures being located in the Odori Park which is not a conventional park as it is runs through the center of the city and is separated in multiple sections by the main roads connected the entire metropolis that is Sapporo. 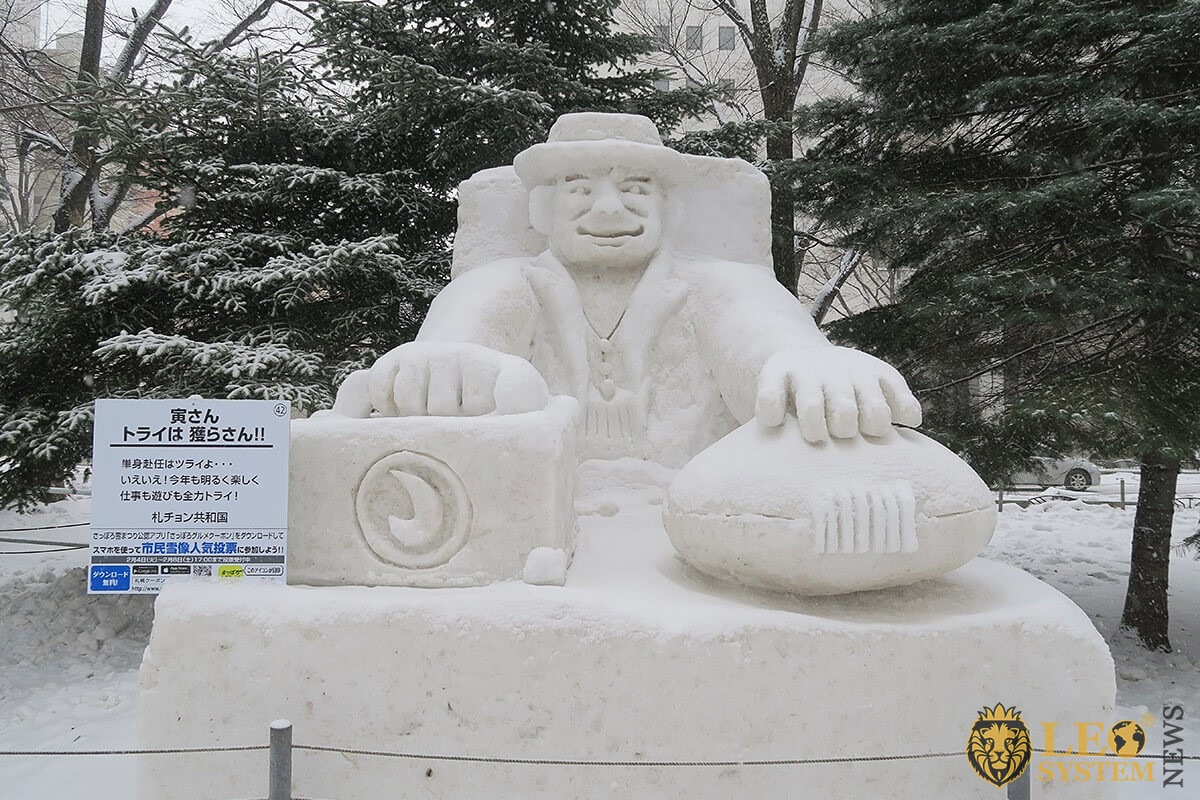 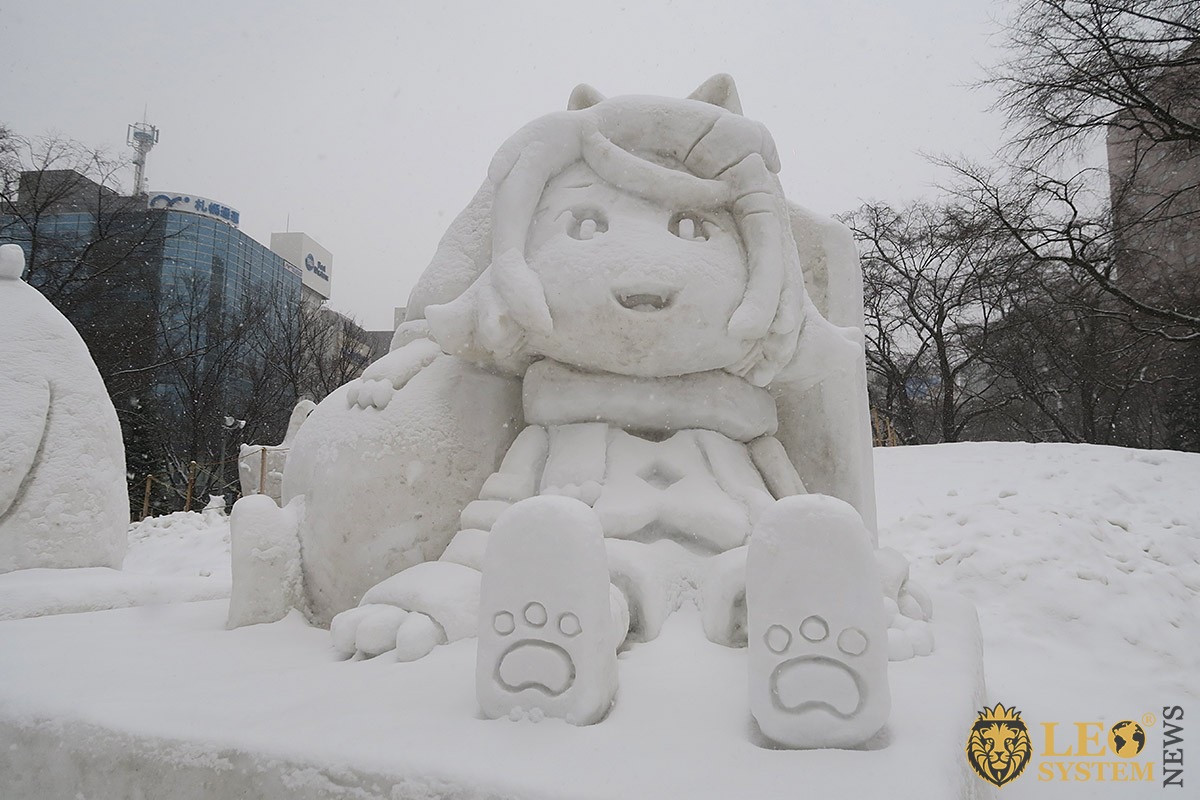 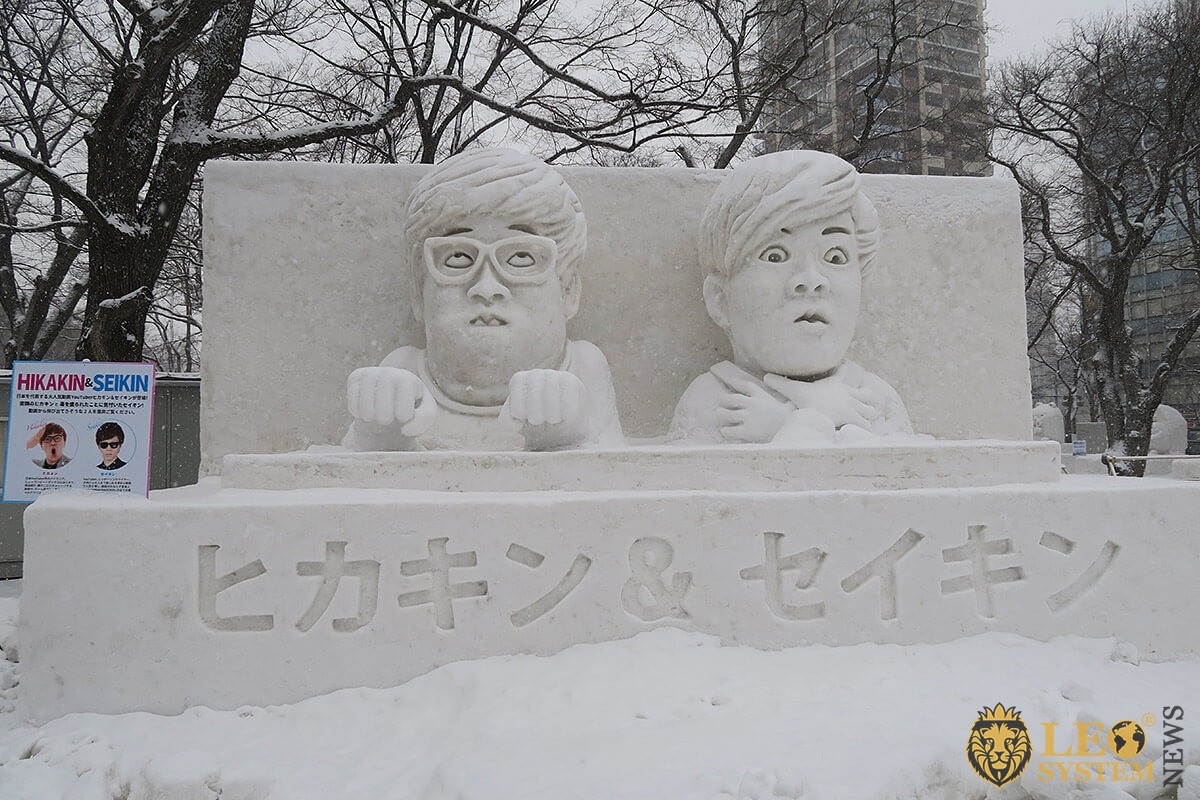 At the Odori Park, you will find the massive sculptures which are literal functional buildings made out of snow and ice that people can walk in and explore, although this was limited in order to prevent the sculpture deteriorating from too many people coming into contact with it. There was also an estimated hundred of over smaller ice and snow structures which were still a couple of meters in height and width each. 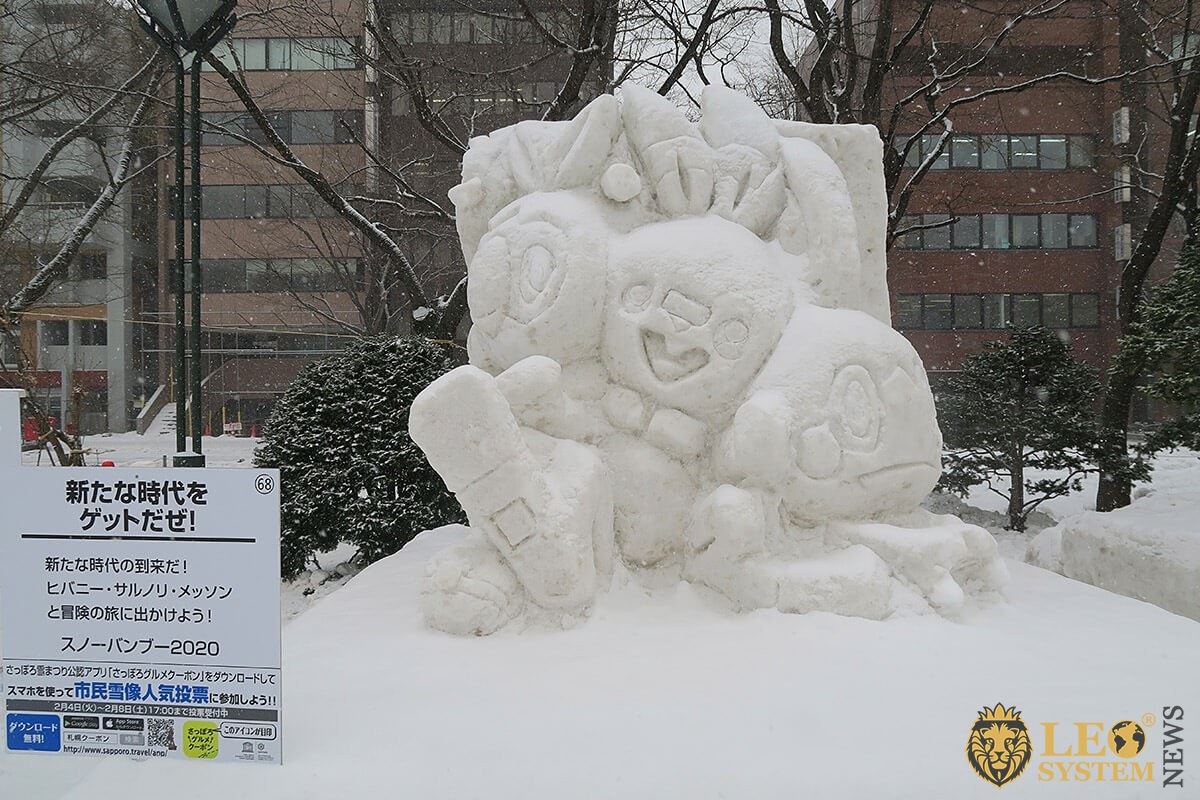 Other sites where specially built structures for the Snow Festival in Sapporo were Susukino which is the entertainment district in the city of Sapporo that is home to many different arcade restaurants, gambling parlors, and takeaways. There visitors and locals were able to view many different small ice sculptures behind traffic barriers. 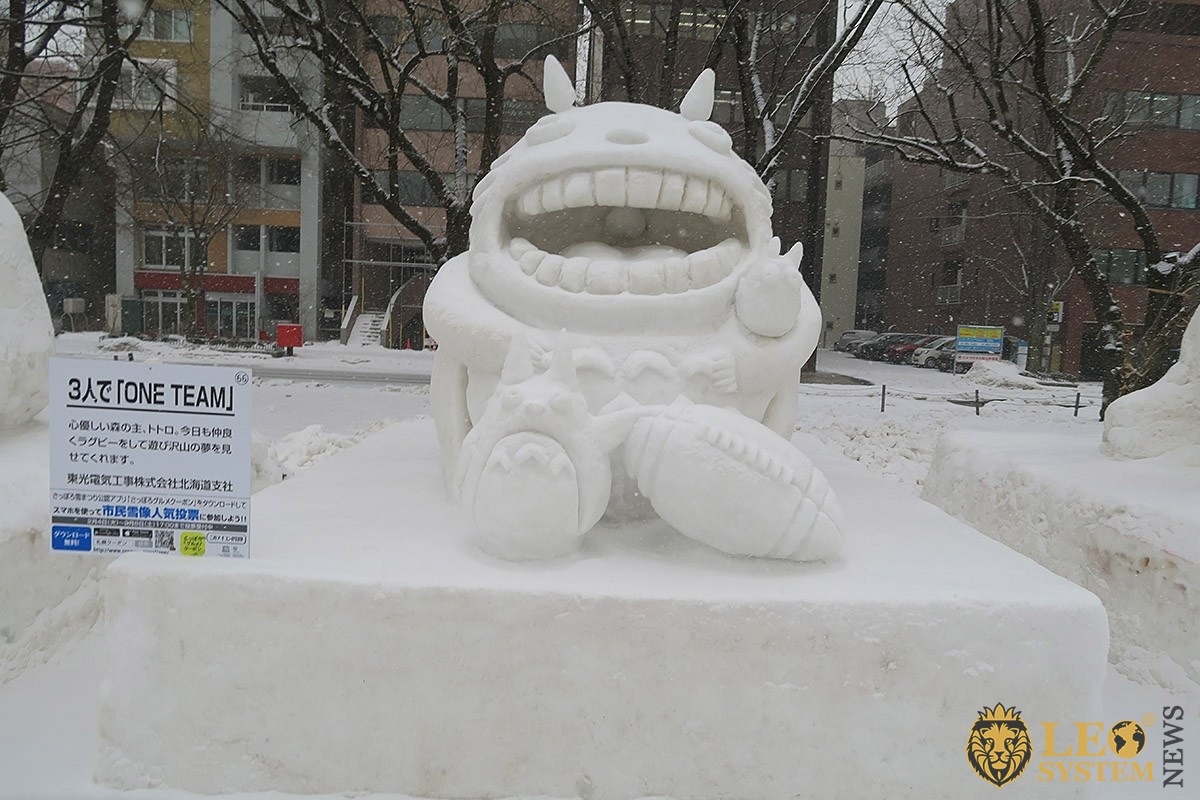 The other major location where there was the TsuDome site which is very popular with families due to the massive snow slide that is built there every year.

History of the Sapporo Show Festival.

Originally, the very first Sapporo Snow Festival was hosted in the year 1950 and lasted just one day compared to the seven days that it now lasts in its modern incarnations.

It had very humble begins, as it all started with six students from a local high school in the city building six ice sculptures with the festival truly taking off when the local Japanese military got involved, and it became a tradition to build ice sculptures throughout the city of Sapporo in the Hokkaido Province at the beginning of every February even if there is no snow available in the city during that time.

There is even a beauty pageant for females hosted during this festival, where every year they crown a new ‘Susukino Queen of Ice’. Local government officials of the city of Sapporo estimate that every year there are around 400 sculptures put together for the public to enjoy.