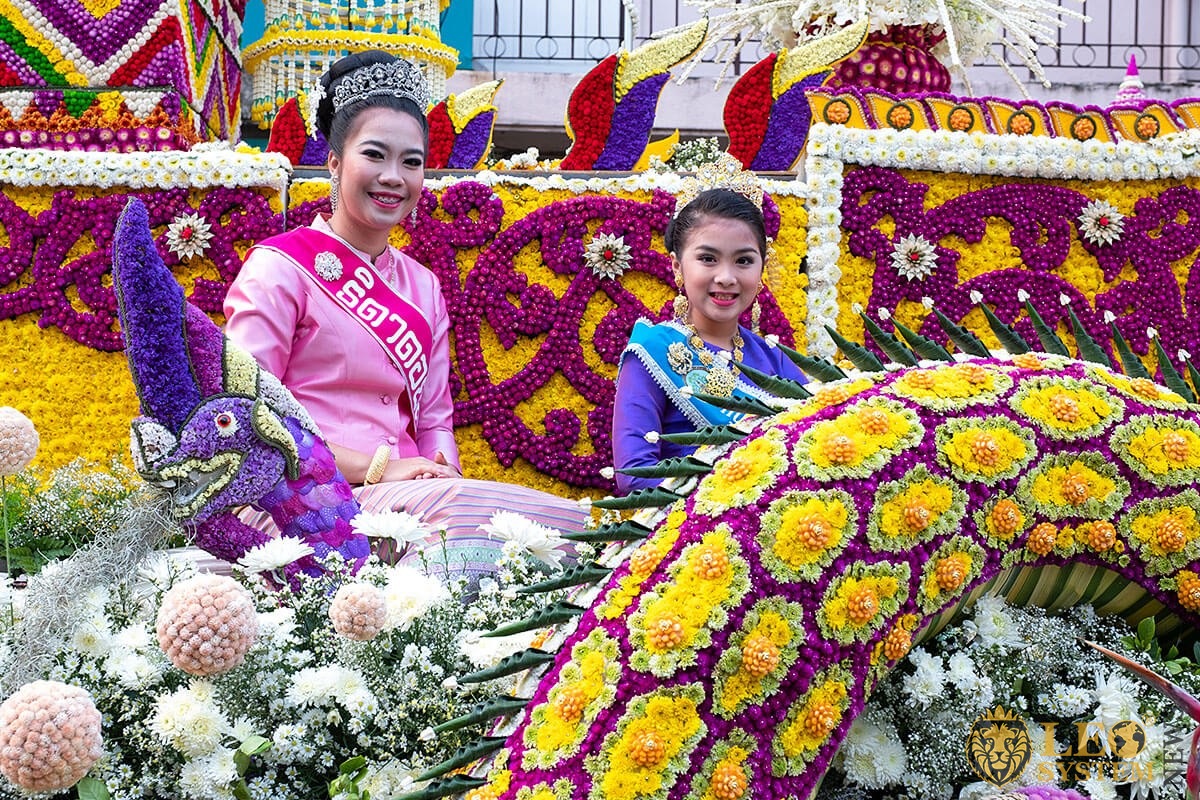 It was attended by tens of thousands of people during the day and night throughout the days in major streets and parks that the festival is celebrated. The Annual Flower Festival Parade in Chiang Mai celebrated the start of the blooming season, which began in early February.

What Happened at the Annual Flower Festival Parade?

The parade began on the first day at 4 pm allowing for as many people as possible to be in attendance as by that time the majority of people had left work and school. 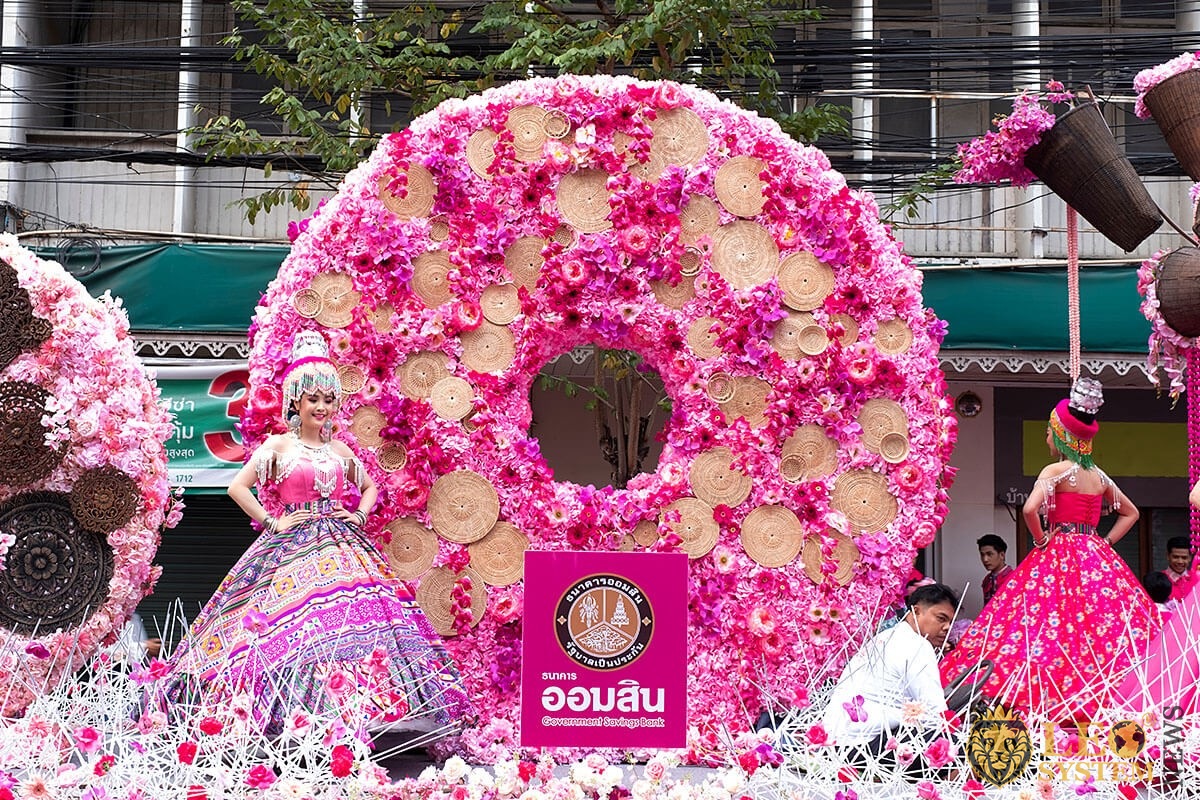 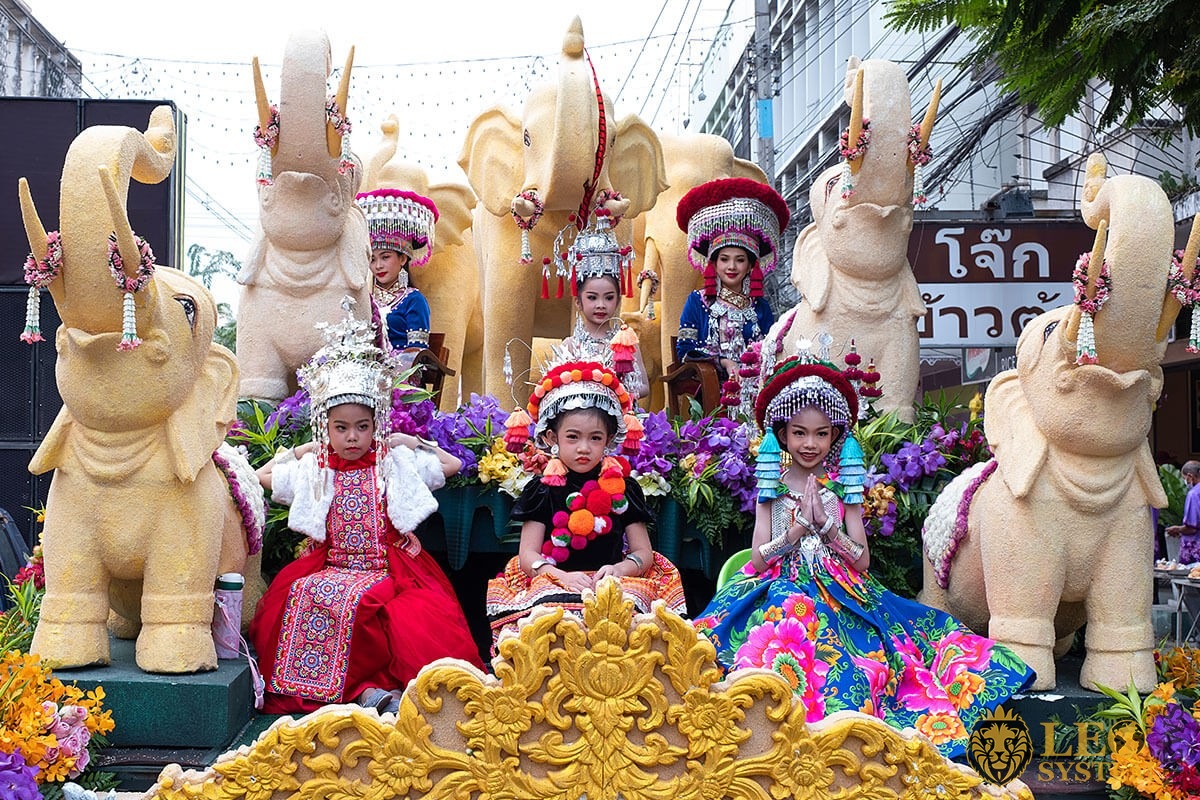 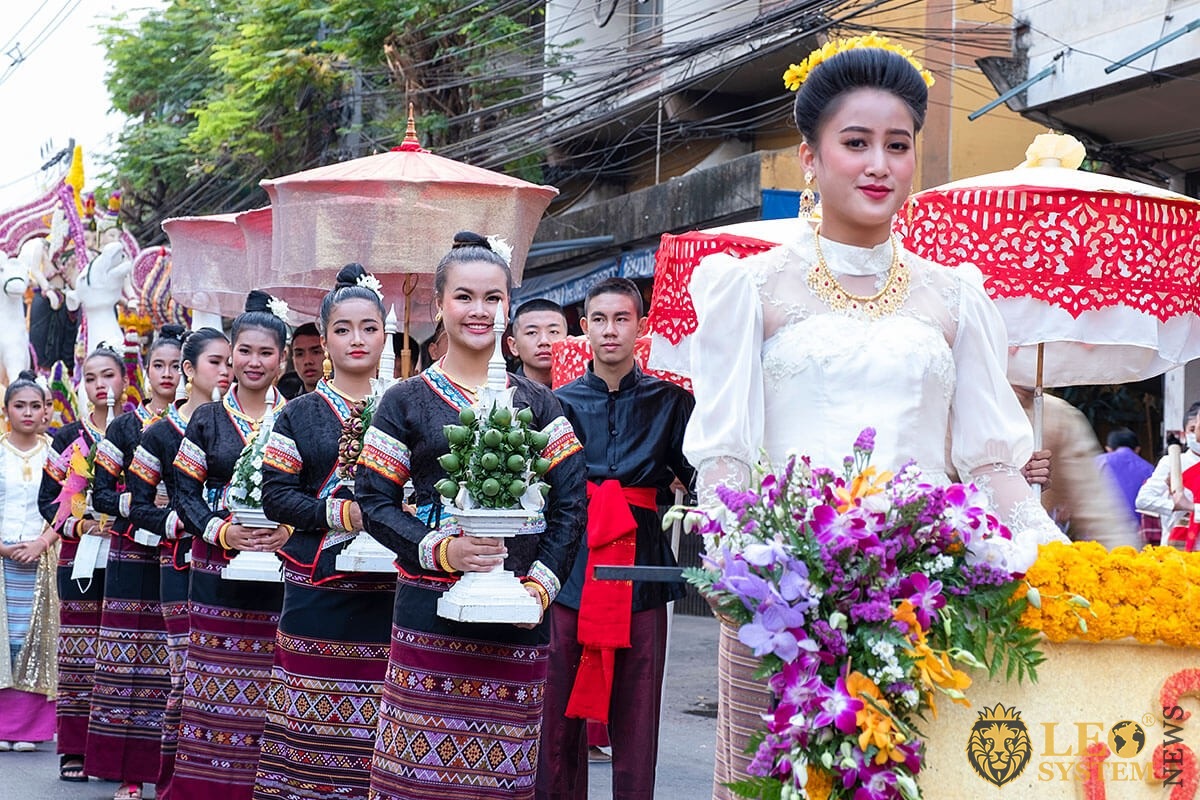 Buak Hard Public Park is the center of the parade, it is on streets around this park that the main route of the parade is, entire roads were closed down allowing for the tens of thousands of participants and the hundreds of beautiful parade floats to pass through.

Flowers were the main theme of the parade, so you would have seen many colorful costumes, parade floats and decorations that are covered in real and fake flowers.

This event is a traditional Thai cultural event and therefore there are also a lot of animals such as elephants and tigers as well as other icons such as Dragons and Buddha statues that are recreated by costumes and also parade float designs. 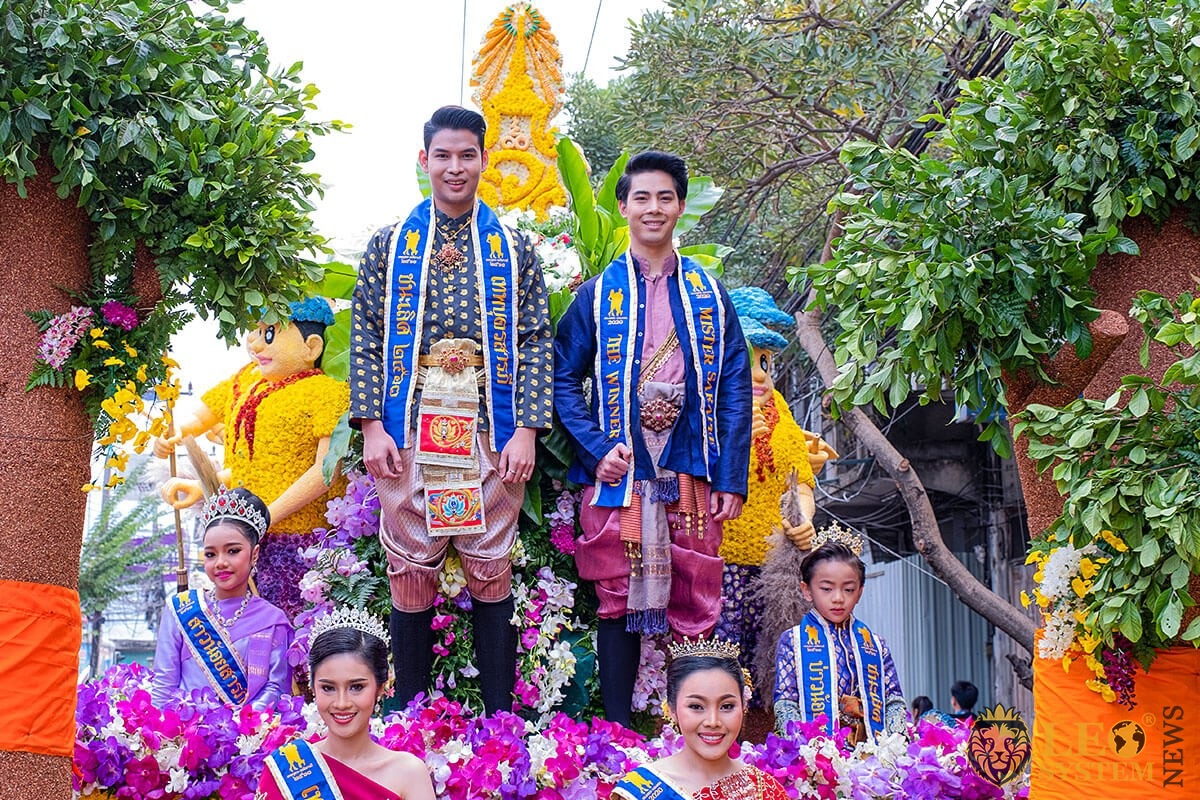 Although there were a lot of individuals dressed in creative costumes, the wide majority of people were dressed in traditional Thai costumes that have been worn there for hundreds of years such as the ‘pha sin’ cloth which is worn by women, and it resembles a skirt with a long fabric that is wrapped around the upper part of the woman’s body. While the males wore trousers with a Raj pattern shirt that has five buttons and comes in a variety of colors.

Queen of the Festival Competition.

It is a beauty pageant that is deliberated by a pre-selected group of judges, throughout the competition the number of girls will be reduced until finally the finalists are left. 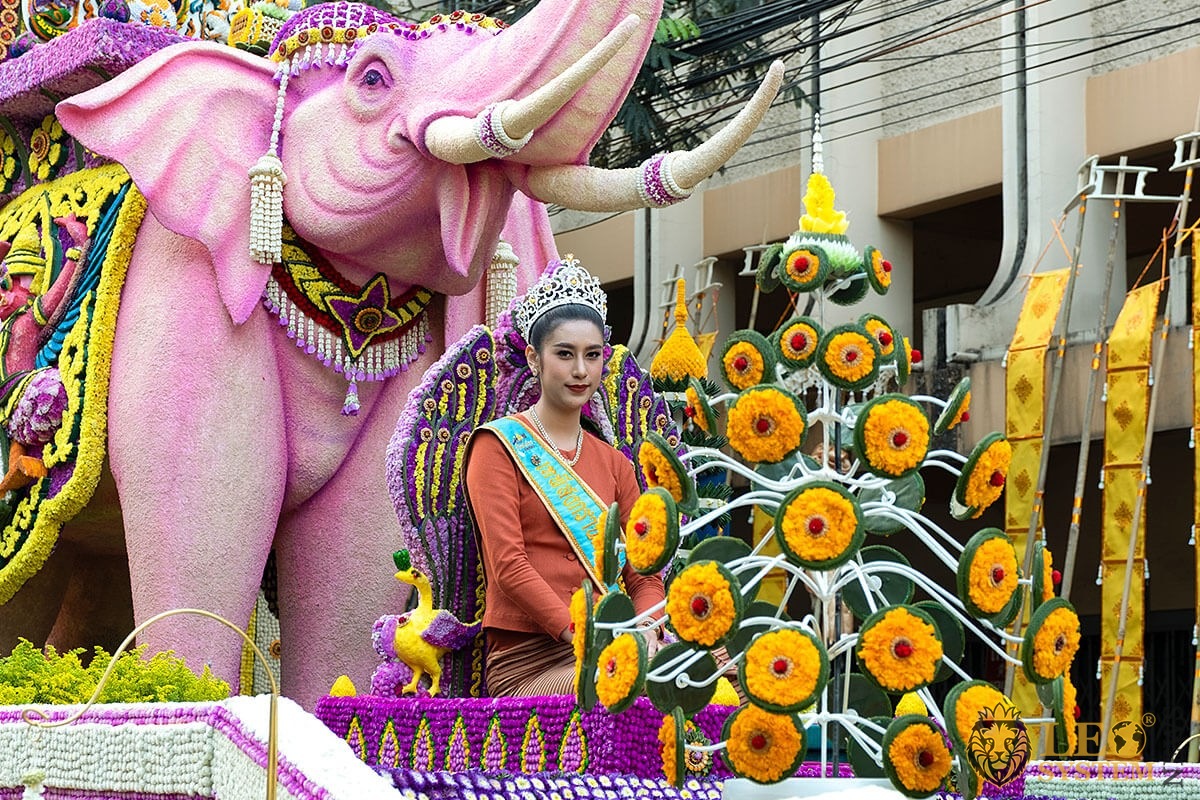 Although it is a beauty pageant, all participants are asked questions to get a better idea of their personality and intelligence in order for the judges to be able to choose the best person to represent the Annual Flower Festival Parade for that year. 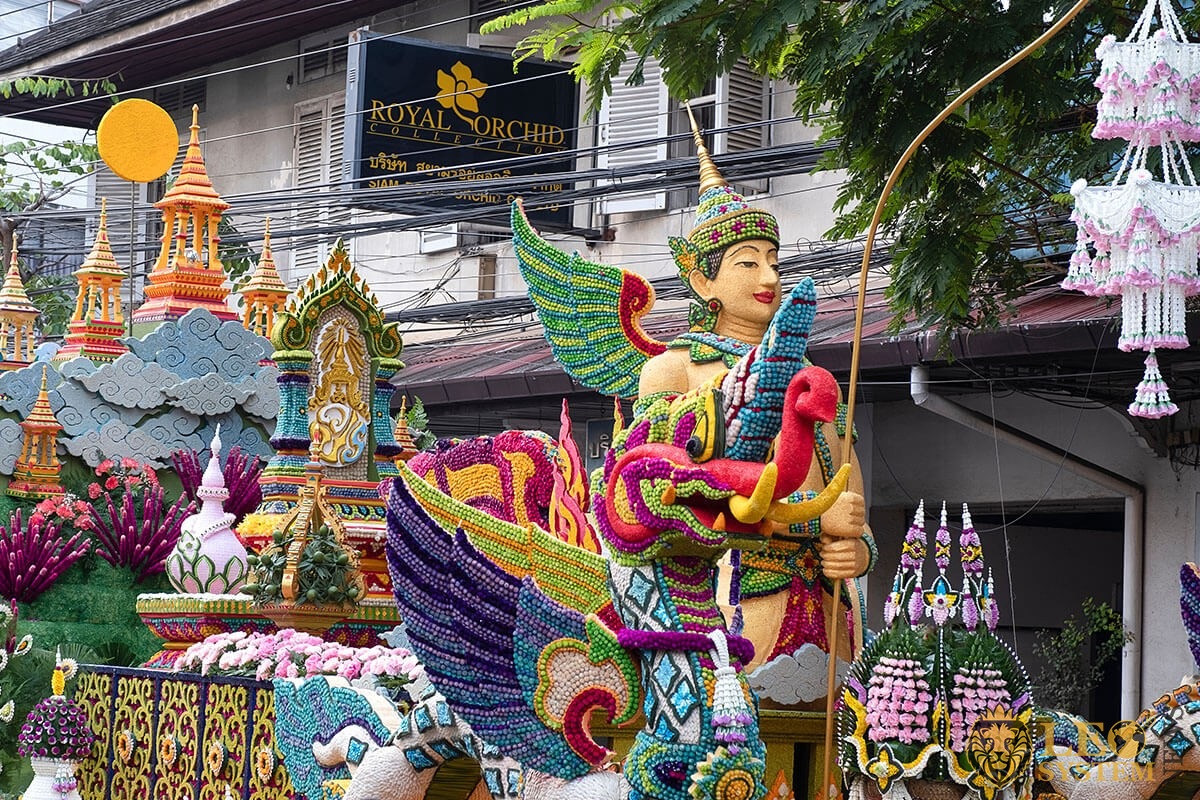 Interestingly enough, the entire event was completed within a few hours on the first day of the parade processions. While the judges are deciding who is going to be chosen to pass through each stage and ultimately become the winner at the end, there was famously rock music playing which had been chosen at earlier events and has now become a heartfelt tradition that is vehemently followed by the thousands of paraders involved in organizing the event.

Other Activities That Were Organized During the Annual Flower Festival Parade.

Participants of this even prepare for months in advance in buying their clothing for the procession as well as teaming up to build beautiful floats that have to be both aesthetically pleasing and be functional to be able to transport multiple people for a couple of kilometers without breaking apart. 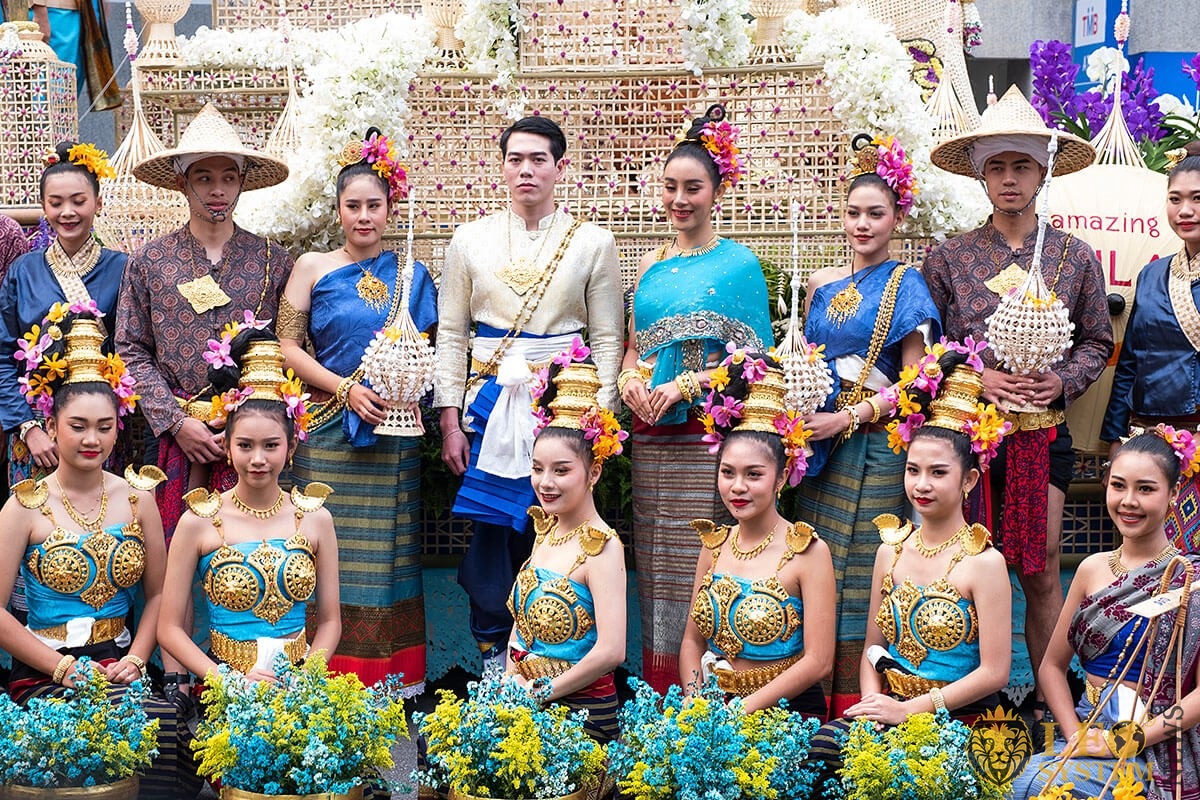 The Annual Flower Festival Parade in Chiang Mai, Thailand is a non-serious event that is a celebration of the end of the cold seasons and the start of the blooming of the environment around.

Dotted throughout the event you can find shopkeepers trying to sell you flower necklaces, as well as souvenirs due to the event, has become a tourist hotspot as of late. Additionally, there were multiple restaurants and food carts selling authentic Thai food for very affordable prices, especially if you are a tourist visiting the country. 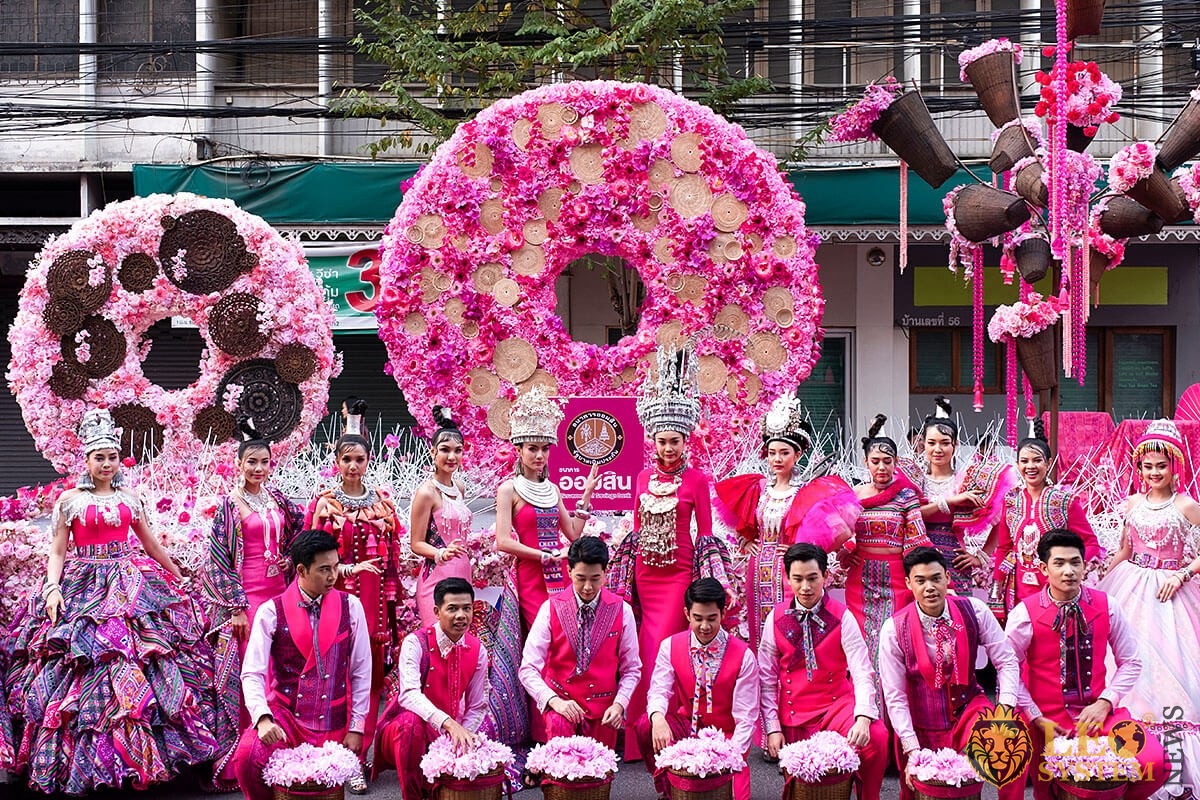 Moreover, in the Buak Hard Public Park which is the main park in the city of Chiang and also acted as the heart of the entire festival parade, there is a competition going on where anyone can enter their flowers and plants in a diverse number of categories with expert judges voting on the best plant of every particular species. At this competition, you also had the ability to buy many different kinds of exotic plants, as well as gardening tools and equipment.