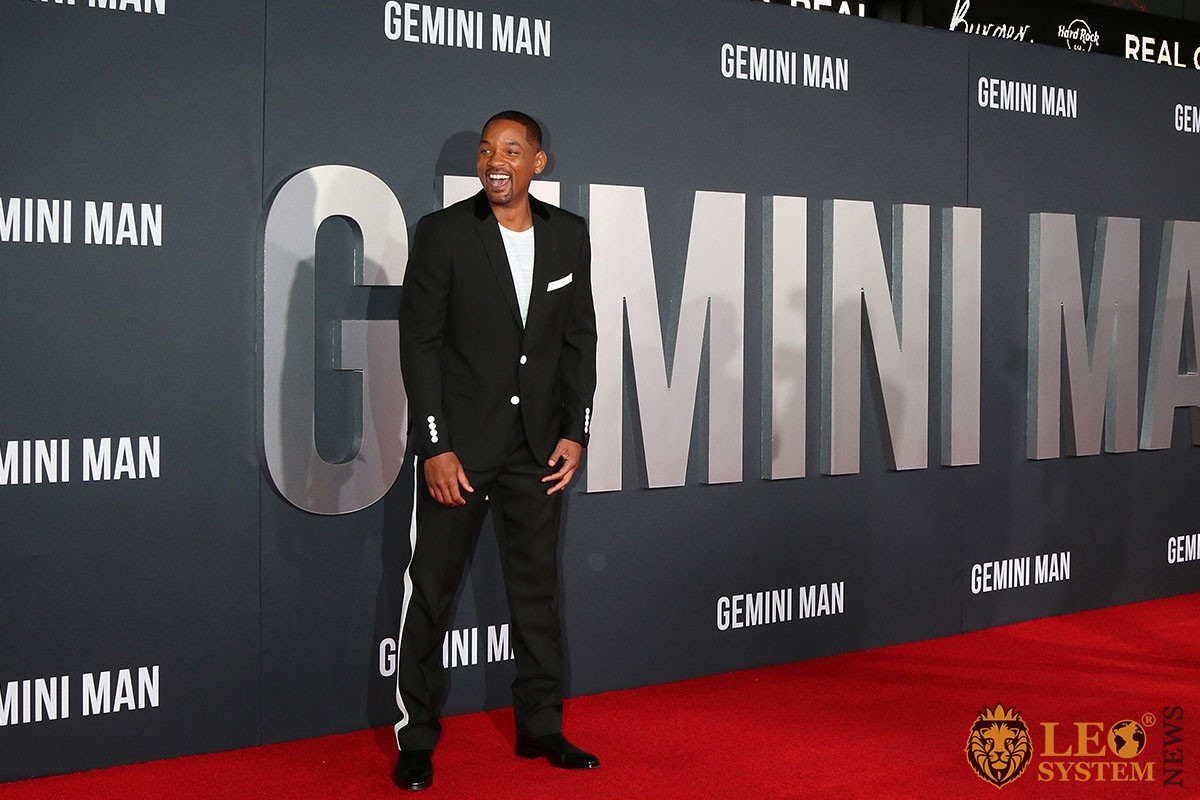 It was all class and glamour as Will Smith was joined by several Hollywood stars at the TCL Chinese Theater IMAX for the premiere of his new film, “Gemini Man”.

Thousands of fans lined the Hollywood Boulevard sides screaming Will Smith’s name as the star came in accompanied with his wife Jada Pinkett Smith, 48, and sons Trey, 26 and Jaden, 21. There were massive posters of his face plastered on nearly every surface available. The family walked together on the red carpet and smiled warmly for the cameras as their unique style shone true. 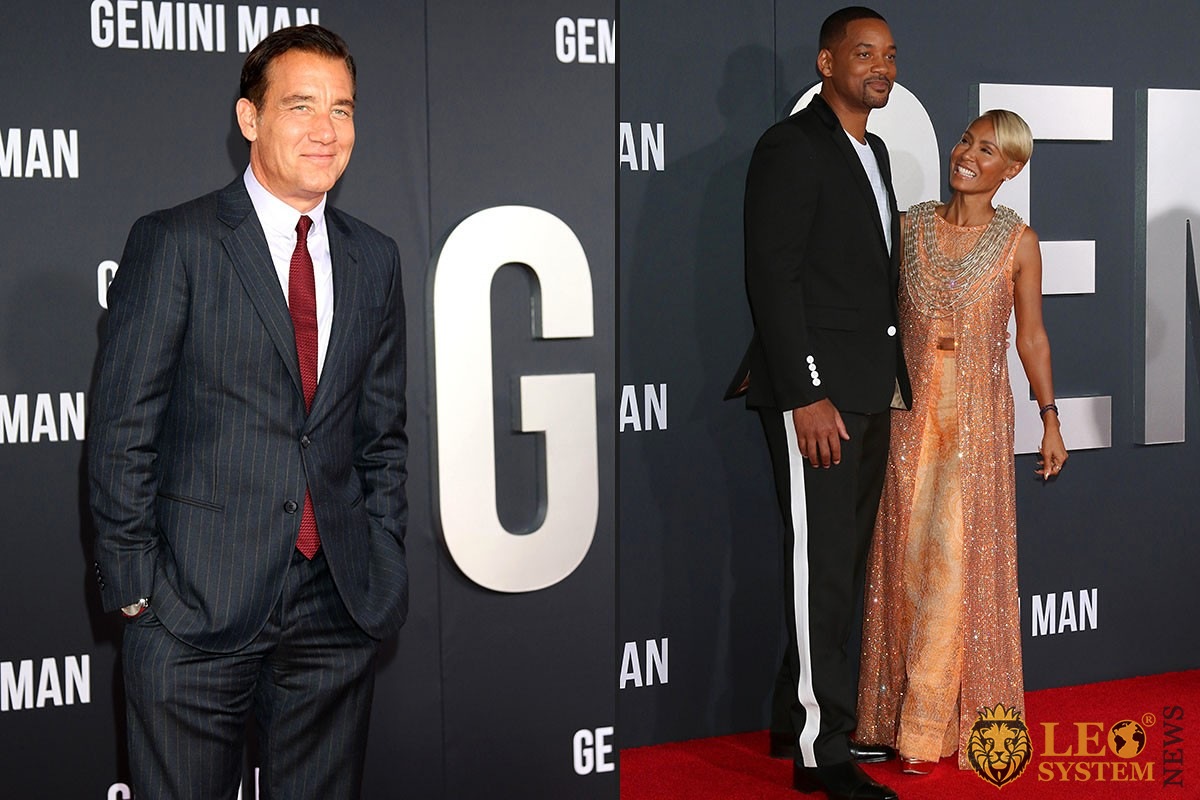 Smith opted for an elegant black suit with some white accents and a white casual t-shirt. Jaden also chose to go with a black suit and made a unique look with an assortment of rings and a colorful scarf. Pinkett brought some color with a glittering orange two-piece set.

The star was joined by his friend and co-star Clive Owen, as well as the director of the movie Ang Lee, who later revealed to reporters why he thought Smith was the best actor for his role in the movie. “He (Will Smith) immediately came to everyone’s mind; we were so lucky to have him.”

Also in attendance was super producer Jerry Bruckheimer who revealed that Ang Lee was actually doubtful initially he could be able to catch up with the film’s digital ambition. He, however, pointed out that he didn’t have any doubts about the director’s abilities. “I had confidence in him, and he did it.” 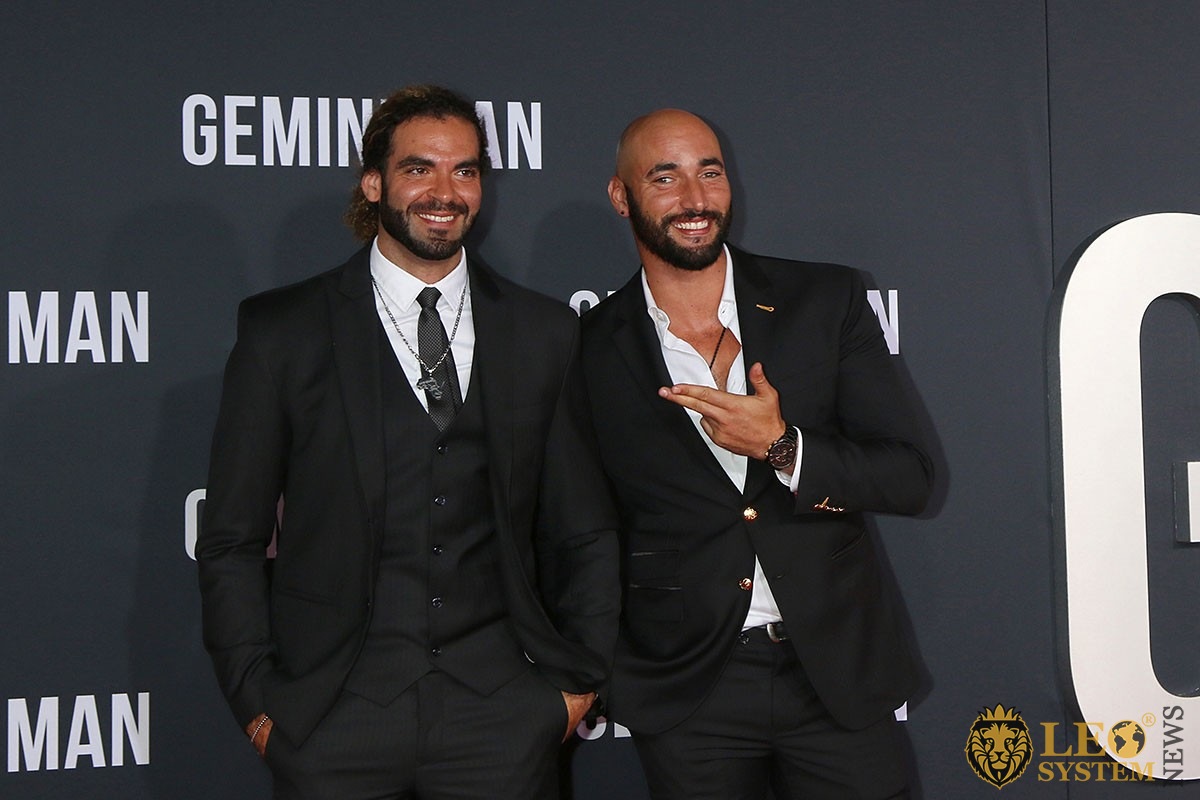 Smith was also supported by friend Alfonso Ribeiro who came in with his wife Angela. The Bronx native was clad in a plaid collared shirt, a pinstriped blue suit, and brown leather shoes. His wife donned a black pantsuit, a white top, and black heels. She had hoop earrings on, and her blonde locks were parted neatly and pulled back. 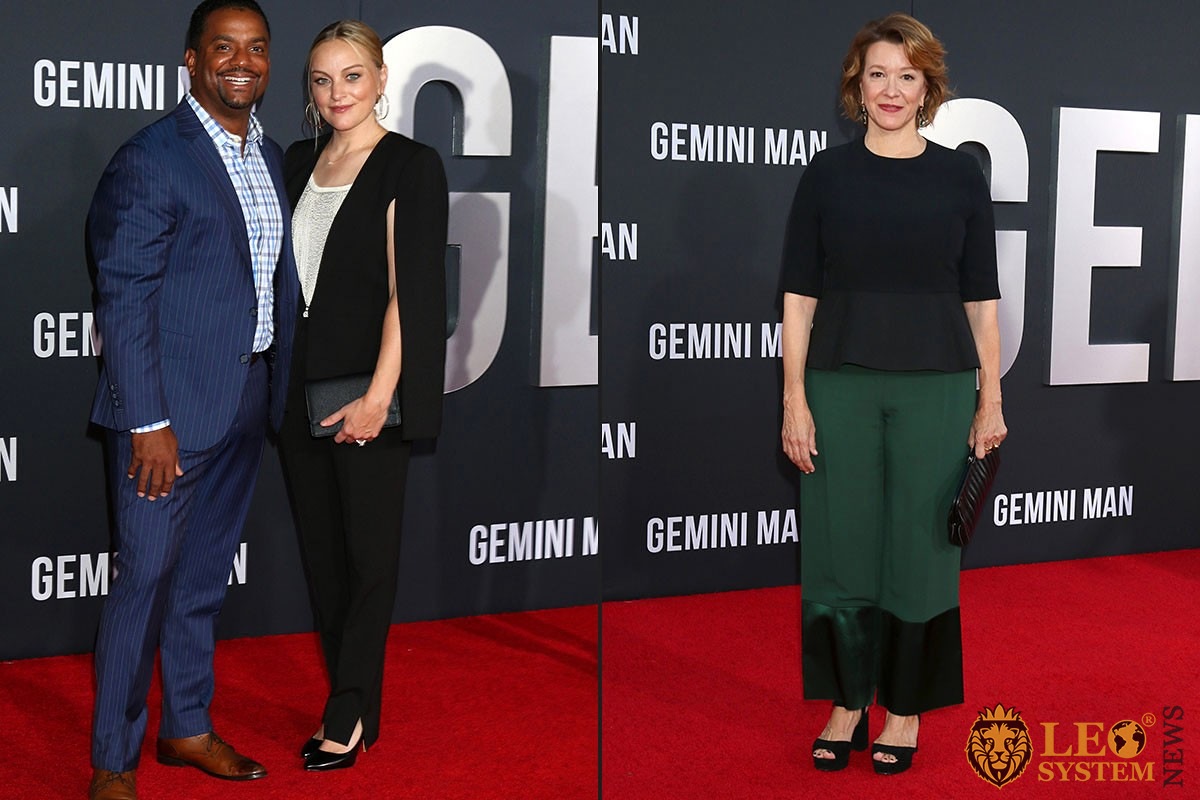 Alfonso Ribeiro played Carlton Banks alongside Will Smith on “The Fresh Prince of Bel-Air.” The pair has since remained very close friends, with Alfonso supporting Will Smith frequently at his premieres.

Speaking to reporters at after the lavish event, Will Smith pointed out that Gemini Man was meant for the big screen. “The director is really trying to give fans a new reason to visit the movie theater,” he quipped. “The home cinema technology has advanced wildly, and people think, why should you go to the theater when you can see the movie on your sixty-inch surround sound system in your home? Therefore, by going with 3D and high-frame rate, he’s really trying to introduce a new experience for cinema.” 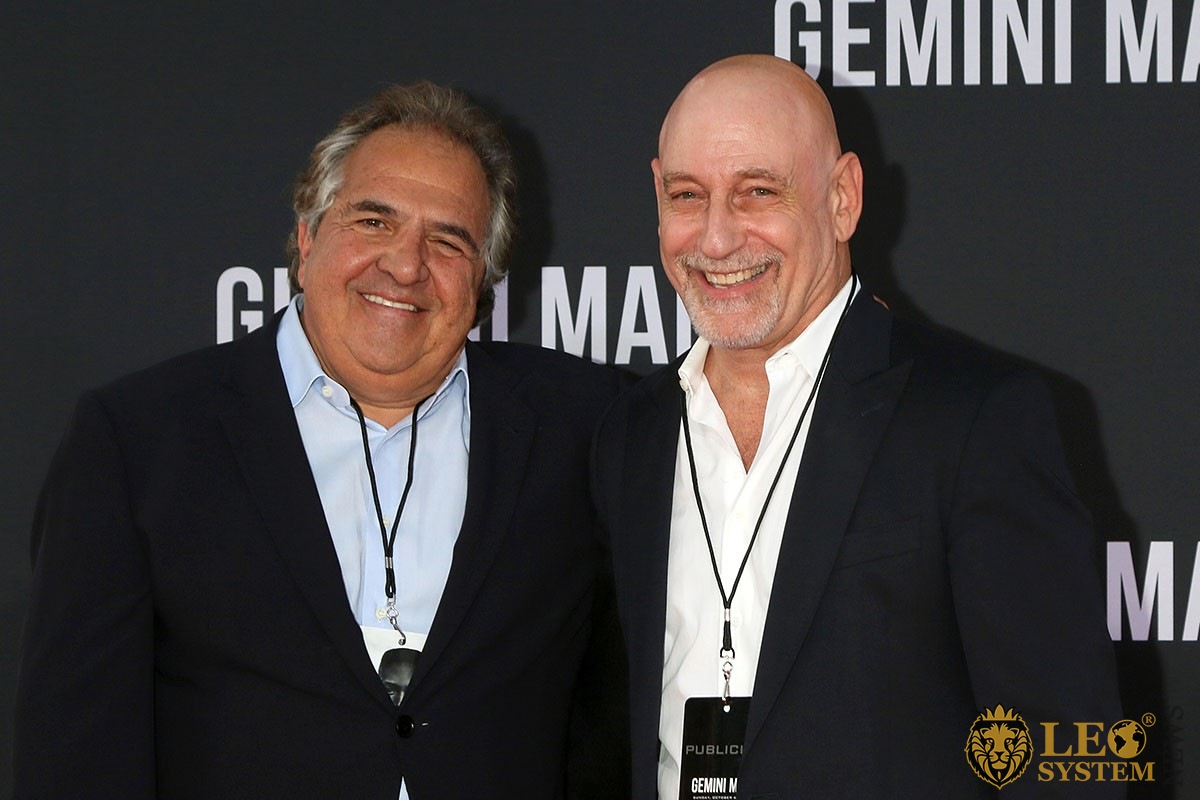 In the film, Will Smith stars as an aging, elite assassin named Henry Brogan who is being targeted and hunted down by a mysterious operative who seems to be an exact clone of the star. Thanks to the jaw-dropping tech that ages him back, Will Smith plays both his current and younger self.

“Thanks to this incredible new tech, we have not only been able to see both the older and younger Will Smith embodied together, but we have also experienced the entire story in a deep, immersive way,” director Ang Lee pointed out. Smith pointed out that the physical challenges they experienced, making the film, was perhaps the most demanding experience of his career. After posing for pictures with family and friends, Smith stopped to talk to reporters and reflected upon sharing the spot-light with his inner circle. 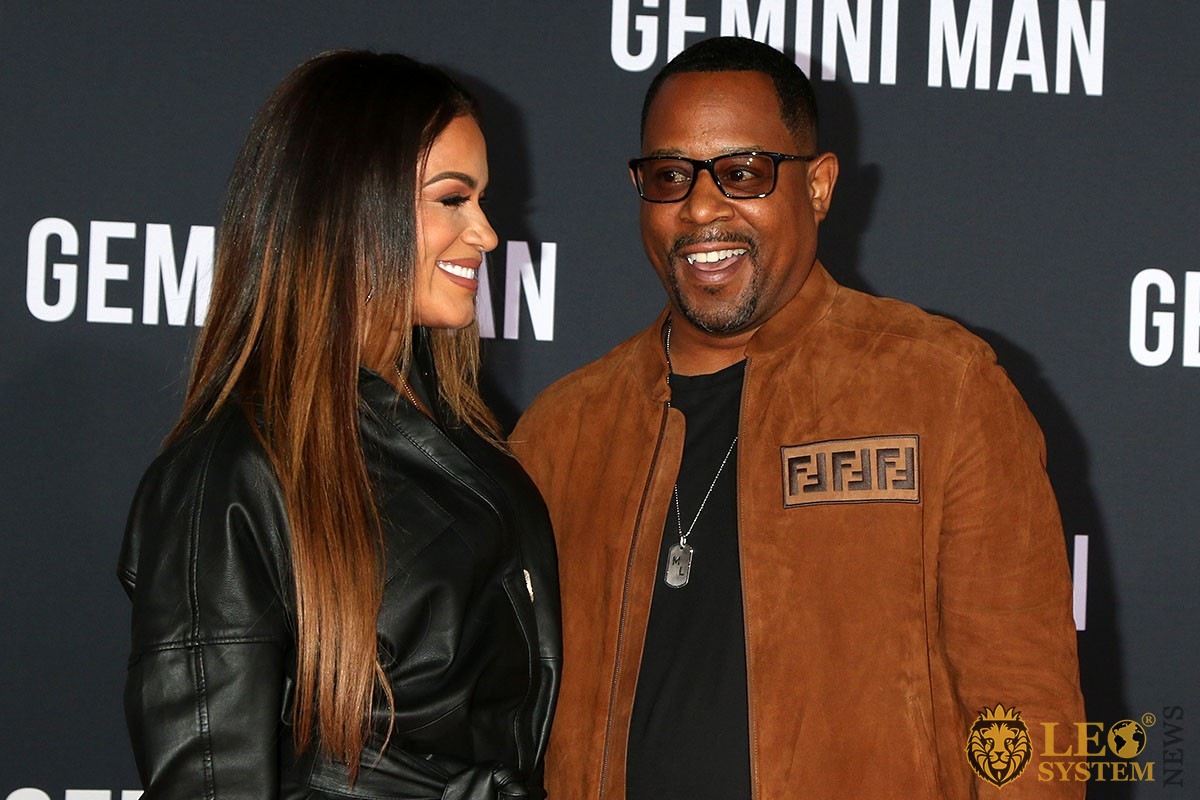 After the event, Smith had a chance to thank his family for being supportive of him. His wife, Pinkett, told reporters, “I feel like I am just entering a whole new adult relationship with Smith.”

Other co-stars who turned out at the Gemini premiere include Benedict Wong, Linda Emond, along with writer Darren Lemke and producer David Ellison. Writer Darren Lemke had sold the original story of the film more than 20 years ago. Other guests that featured include “Bad Boys” actor Martin Lawrence, as well as RealD CRO Michael Lewis. 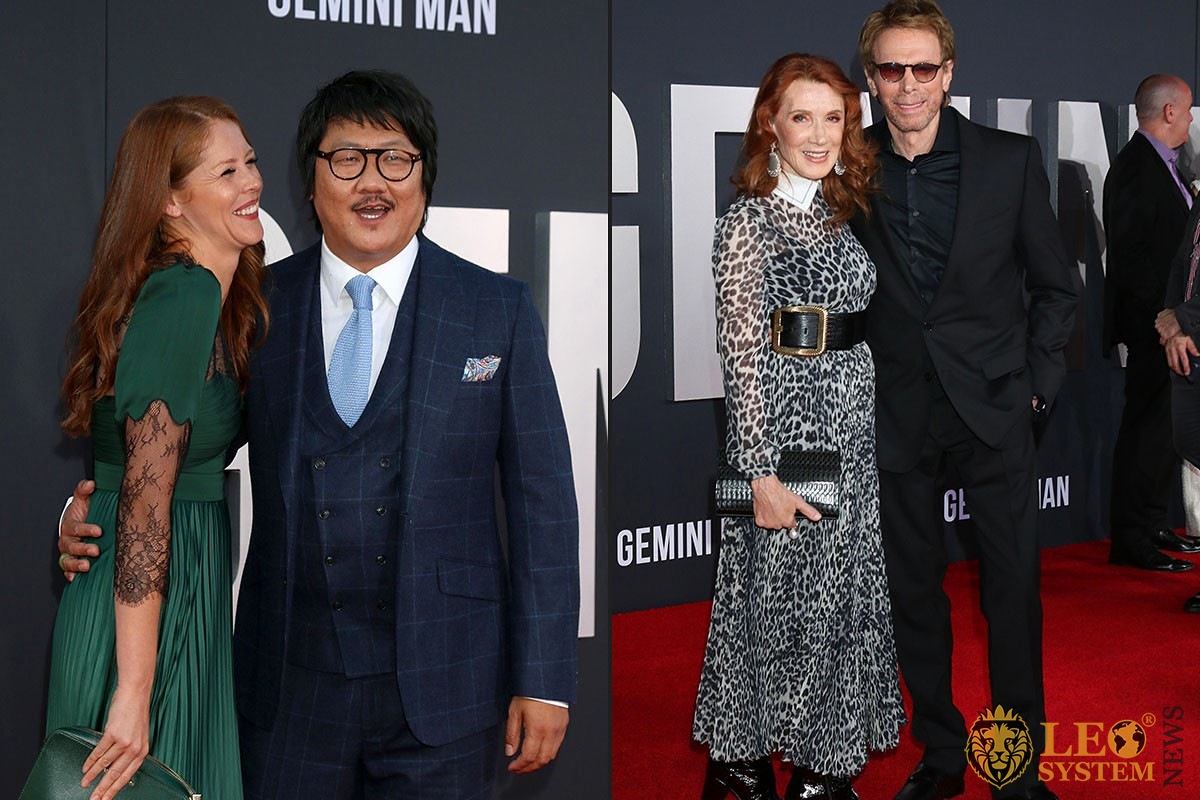 With so many Hollywood stars gracing the “Gemini” Premier, the event was truly full of glamour and class. The film opened in theaters on 11th October and has since had a lot of viewership. Movie is great!