Home Development How to Develop Your Intelligence Correctly? 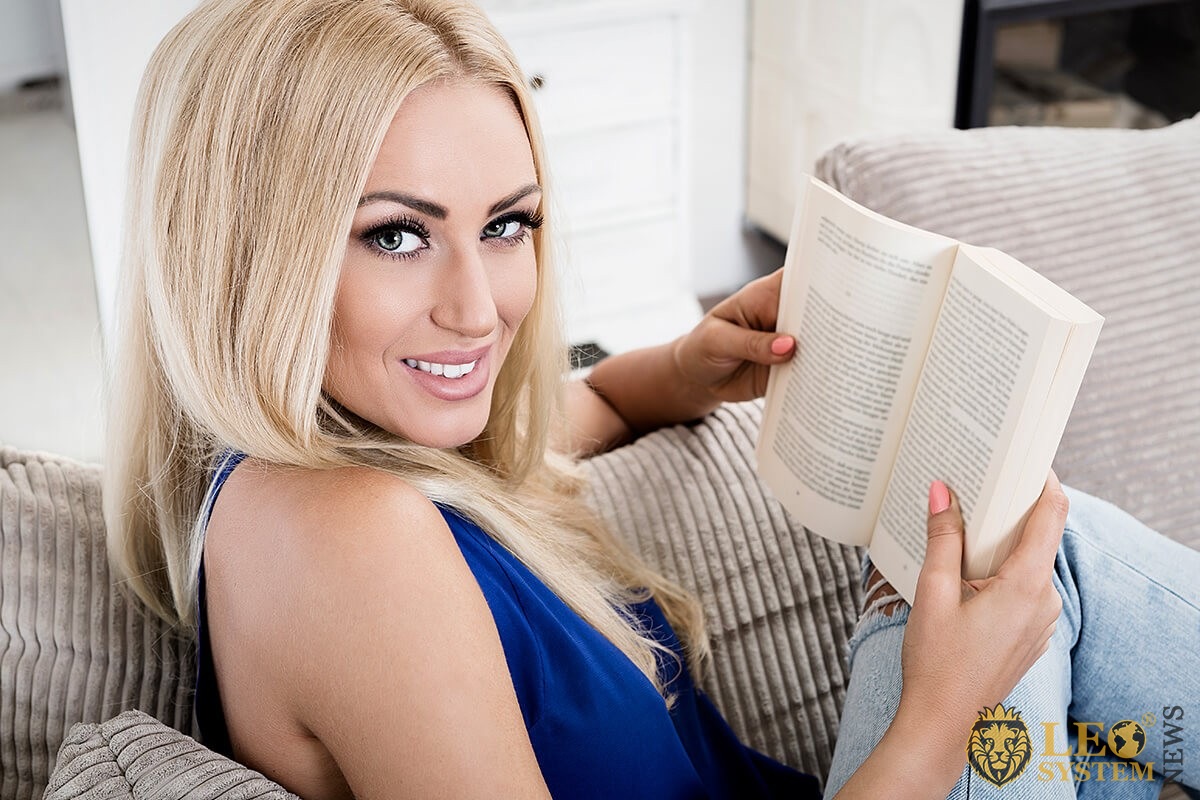 Raymond Cattell was a British/American psychologist who started his career at the University of Exeter in England. He later moved to Columbia University in the USA. In the 1960s, he identified two forms of intelligence.

Crystallized intelligence is “everything that you have learned and experienced throughout your life.”

Fluid intelligence is your ability to solve problems.

Can You Increase Your Fluid Intelligence?

At one time, 40 years ago, students were taught that an individual had very little control over their intelligence. It was a genetic factor that was decided at birth. This was a common view held by many intelligence researchers.

There was some contemporaneous research that did support this view which looked at programs, like Headstart, which had limited amounts of success in raising cognitive levels DURING the training, but that once the individual had finished the training. That they returned to previous cognitive levels.

To monitor the improvement, a way of Testing Intelligence is required. Testing Crystallized Intelligence is carried out by vocabulary tests and tests of general information. 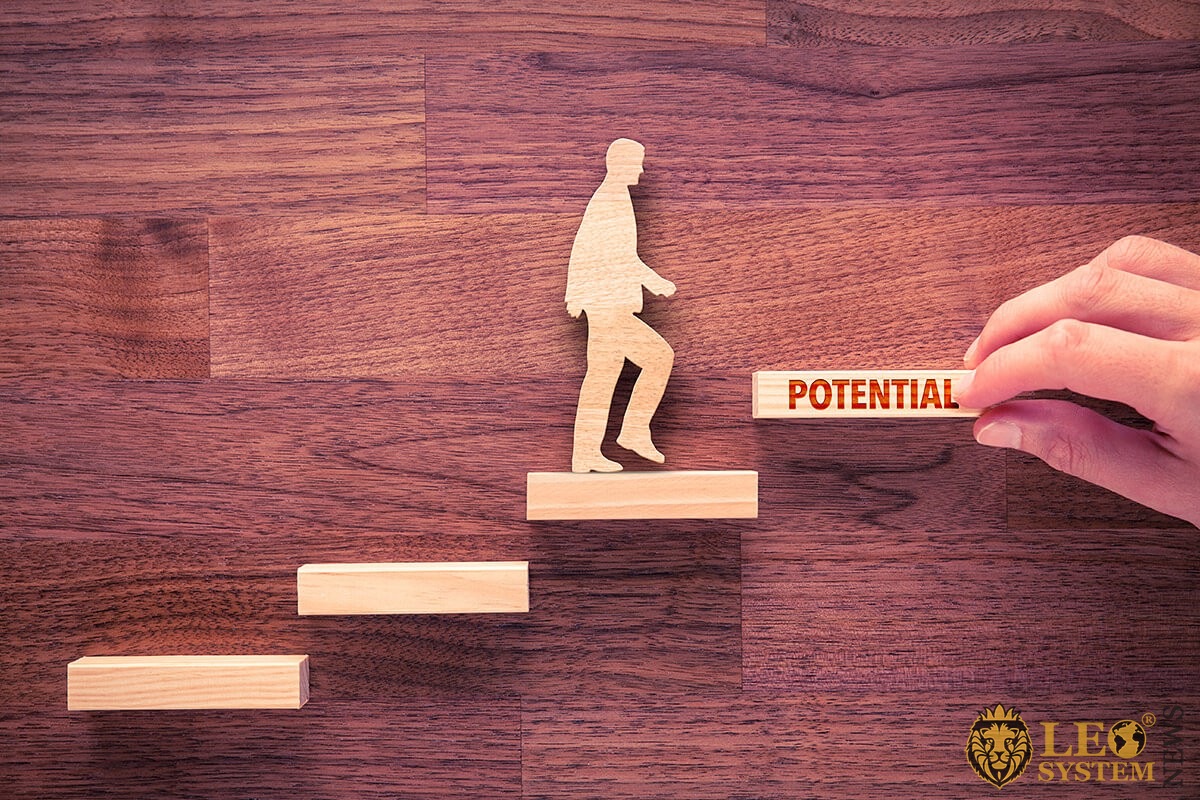 Testing fluid intelligence is done by figural analogy. An example of this would be understanding patterns and progression, or comparing and contrasting different sets of figures. These tests are not connected with learning and remembering facts.

Later practitioners have changed their minds on this and have now concluded that it is possible to increase fluid intelligence.

In the second part of this article, we will look at five techniques that can be utilized to increase fluid Intelligence.

A study was carried out at Bristol University in the United Kingdom. The study was funded by the UK Medical Research Council and published in a health journal.

Many newspapers have sensationalized the results of this report and exaggerated the facts presented. Some have led with headlines that say “Poor diets damage Intelligence.” Others have chosen to state, “a healthy diet could boost intelligence.”

There is, of course, a subtle difference between the two statements. However, the point is that the research demonstrated a “weak association between diet and intelligence”, not the sensationalized level that the press suggested.

Nevertheless, it did demonstrate some effect and if added to a program of other techniques could be valuable. Since a change to a healthier diet will also have positive effects in other ways, it is worth including.

This section on the effects of challenging your brain is based upon information from Harvard Medical School.

Until the Mid-1990s, it was believed that we were born with a particular number of brain cells and that is how many brain cells we would have for life.

It is now known that there is a process called neurogenesis that will allow the generation of new cells right-through into your senior years. 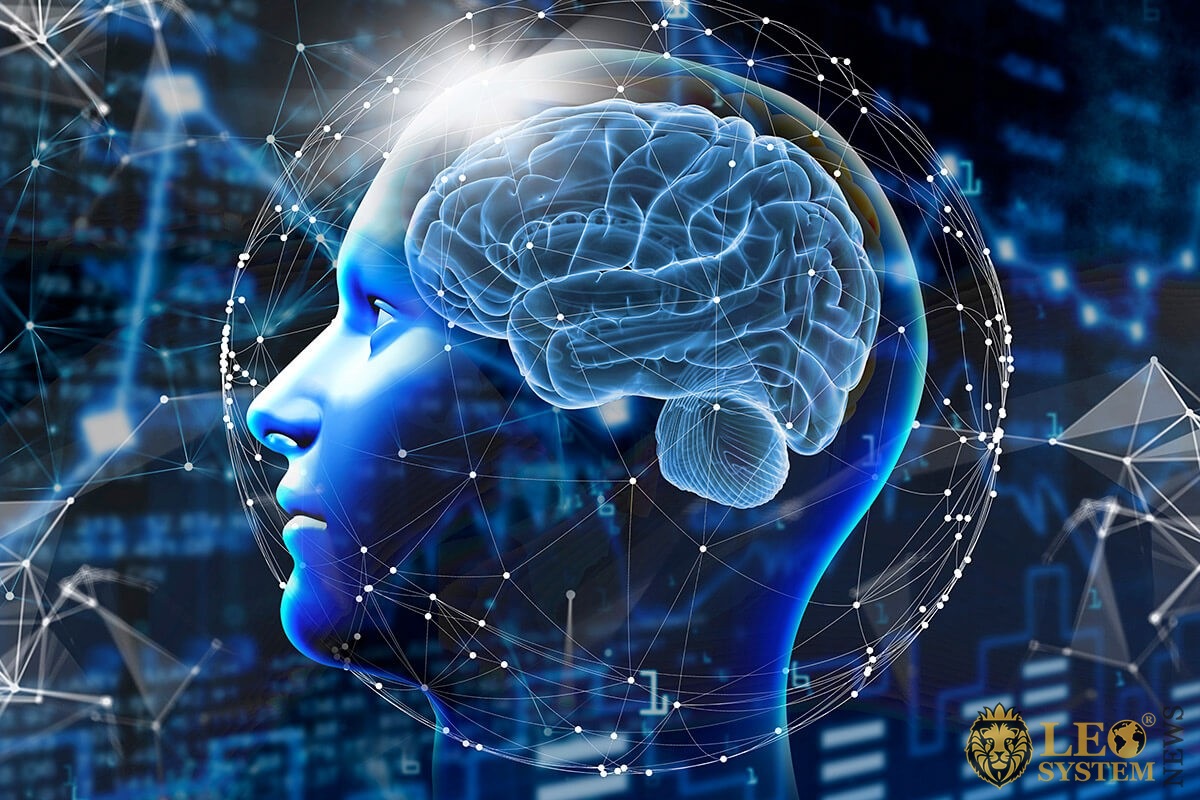 It is now known that challenging your brain by learning a new skill will have a physical effect on the brain. It may create develop new links between brain cells and control how those connections are made.

Puzzles and challenges that require thought and challenge the brain are now clearly an effective and proven way of increasing intelligence.

The idea of Challenging Your Brain does not necessarily mean doing so in a formal way. Whilst valuable, you do not have to invest in “brain training” gadgets and solely rely on them. There are many informal methods of challenging your brain.

You can make the simplest task an exercise for the brain, to force it to encounter a new experience. Here are some simple examples.

All of these activities will result in the brain being forced to work, as it makes new decisions.

There is an expression that says, “Travel broadens the mind.” Visiting or living in a foreign country means that everything you do will have to be consciously done, because of different cultural considerations, language, currencies, social customs and so on.

In our own country, for example, we can walk from our home to the local store, make a purchase, and return home without being aware or remembering most of the trip.

How many times have you driven a regular route and suddenly found yourself at the destination?

Very little thought is required. In a foreign country, every element of that trip to the local store will require thought and will, therefore, stretch your mind.

Richard W Sperry won a Nobel Prize in the 1960s with the discovery that the brain is divided into two separate hemispheres; the left brain and the right brain.

The left brain has a much more logical style of thinking and is active when we solve mathematical problems; deal with facts, and logic.

The right brain, however, specializes in feelings, imagination, intuition, arts, and Rhythm. 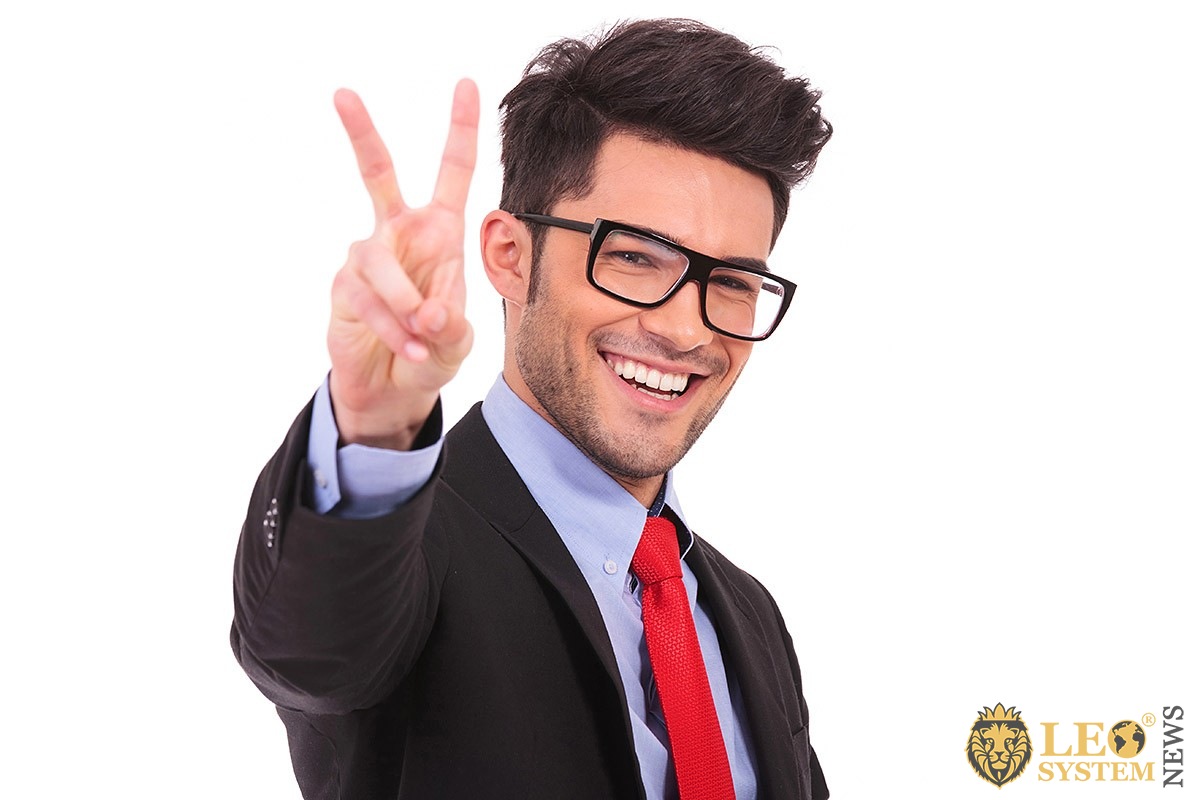 Even though the brain is divided into two different halves with specialist abilities they are still connected with bundles of nerves and both sides contribute to undertaking tasks.

Take for example a mathematical task. The left side of the brain will carry out calculations, but the right side will assist by making comparisons and making rough estimates, so you can identify that your answer is in the right numerical range.

Creative tasks like learning a musical instrument will involve both sides of the brain and assist in the development of new connections between the two hemispheres.

Do Not Do Things the Easy Way.

These days we have so many tools for making our tasks easier. Language translation tools will instantly give a translation of a whole paragraph, a calculator will provide the answer to a complex mathematical sum, and a spell checker will scan a long document for spelling errors. All of these tools (and many more) will reduce the need for you to use your mind so much, and thus provide your brain with less exercise.

As you can see, the process of finding ways how to develop your intelligence correctly is very much in making a lifestyle change and is not simply a matter of an hour a week of exercises. If you carry out these simple activities and incorporate them into your life, you will be improving your fluid intelligence. 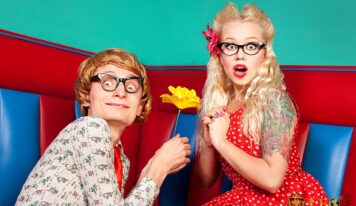 How to Develop a Sense of Humor? 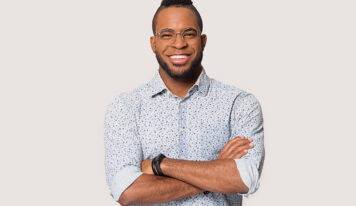 How to Develop Charm in Yourself? 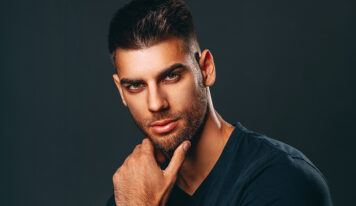 How to Develop Willpower? 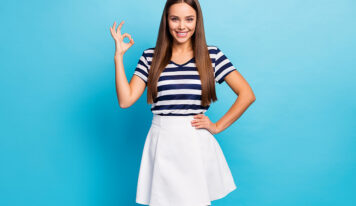 What is Femininity and How to Develop It? 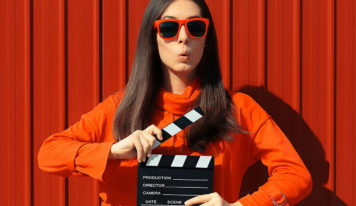 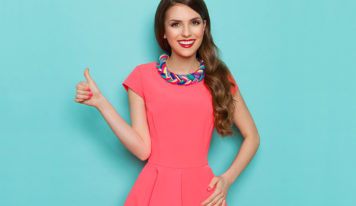 How to Develop Intuition? 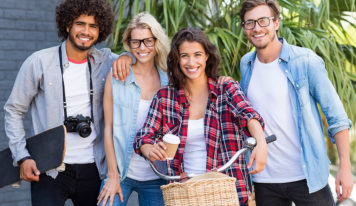 How to Develop Charisma? 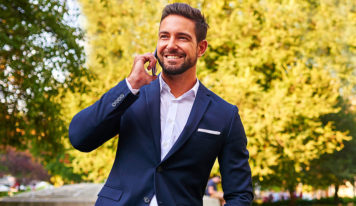 How to Identify and Develop Your Entrepreneurial Skills? 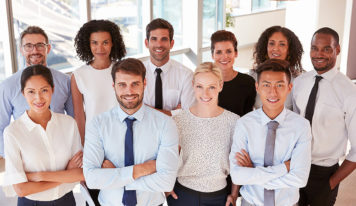 How Do You Interact with the Team? 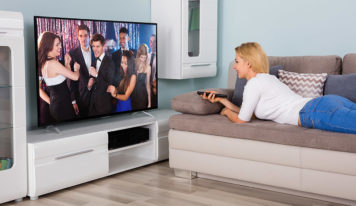 How to Overcome Your Laziness? 10 Helpful Tips. 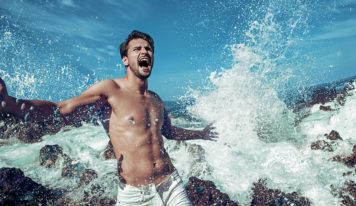 How to Learn to Control Your Emotions? Useful Tips. 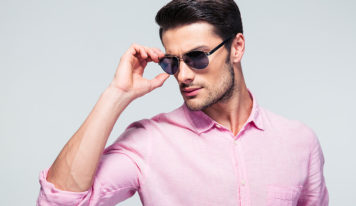